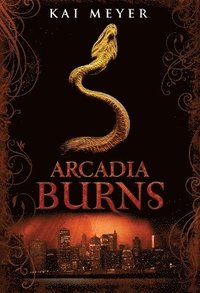 av Kai Meyer
Inbunden Engelska, 2013-02-14
134
Köp
Spara som favorit
Specialorder (osäker tillgång). Skickas inom 11-20 vardagar.
Gratis frakt inom Sverige över 159 kr för privatpersoner.
Finns även som
Visa alla 1 format & utgåvor
Rosa left New York to escape her past. Now she is desperate to escape her present . . . After the bloodbath in Sicily, Rosa and Alessandro have found themselves heads of the Alcantara and Carnevare Mafia clans. Hunted by their enemies and manipulated by their allies, they face corruption, ominous secrets and mortal danger everywhere they turn. Will it force them together or drive them apart?
Visa hela texten

A gripping exciting read. * Armadillo Magazine * If you've read Arcadia Awakens, you're in for a treat in Arcadia Burns - where the stakes (and the body count) have never been higher, the action scenes any bloodier, nor the romance never hotter. * Birth of a New With (American Blog) * I really enjoyed Arcadia Awakens, and Arcadia Burns didn't disappoint either! The final instalment of the trilogy cannot arrive soon enough! * Bookapoet *

Kai Meyer was born in 1969 and lives in Germany. After studying film and theatre at university, he worked as a journalist before devoting himself to novels. He has since published over fifty titles, including numerous bestsellers, and is recognised as one of Germany's best fantasy writers. There are over 1.5 million copies of Kai Meyer books in print in his home country alone. His works have been adapted as films, comics and radio plays, and have been translated into 30 languages. Follow Kai at www.kai-meyer.de or on Twitter: @KaiMeyer.