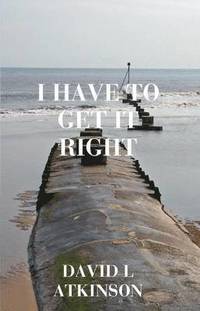 I Have to Get it Right

av David L Atkinson
Häftad Engelska, 2011-08-26
119
Köp
Spara som favorit
Skickas inom 10-15 vardagar.
Fri frakt inom Sverige för privatpersoner.
Patrick Steele is an accountant with training for various physical skills. He has made himself a self-styled Robin Hood available to right the wrongs of society using his skills as an accountant and a man of violence.

The Gurentai, a sub-group of the Japanese Yakuza, employs him to prevent the incursion of the Mafia into England - specifically the northeast. The Mafia have blackmailed, or so it seems, a member of the local government planning committee to give contracts to a building firm under their control. That is James Thompson, but his wife Janice is hiding a secret!

The Gurentai set Steele up with a Swiss bank account with sufficient remuneration to purchase an empty factory unit and set it up as a training facility and garage for himself. He also is to follow Aikido training to hone his skills in hand-to-hand combat and to adopt the spiritual attitudes of the Gurentai.

The action begins near the Thompson household and at a building site operated by the Italian sponsored building firm. He indulges in some property sabotage and minor wounding of one of the hierarchy of the building firm. This does not have the desired effect however, and in an effort to discover the prime movers heads after the source of the funds, to The Marche, a region on Italy's east coast.

Here Steele discovers the 'family' responsible for the fraud that is taking place in England and assassinates the member who controls all family business. He is caught twice in getting away but manages to escape himself, the second time with the help of two members of the Gurentai, Sumisu and Misaki. They fly him out to their HQ in Osaka, Japan and he learns more of the group he has been employed by.

They, Steele, Mr Sumisu and Misaki, return to England to finish the job they had started. There is a modicum of love interest between Steele and Misaki that ends in tragedy later on in the story when Misaki is killed.

Steele tries again to put the 'frighteners' on James Thompson but to no avail. Thompson is then assassinated in his front hall and shortly afterwards the Thompson females escape heading for the Newcastle quayside. Steele takes Janice off a cargo vessel and while being watched by Misaki escapes but then Misaki is killed. In the ensuing chase Steele catches up with Janice and her party and ends the matter.

Throughout the story Steele is struggling with his newfound wealth and the morality of what he is required to do. The twist at the end concerning Janice Thompson is intended to heighten the suspense.
Visa hela texten

Bloggat om I Have to Get it Right