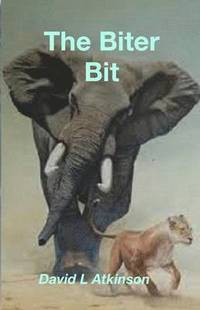 av David L Atkinson
Häftad Engelska, 2012-01-26
139
Köp
Spara som favorit
Skickas inom 10-15 vardagar.
Fri frakt inom Sverige för privatpersoner.
Patrick A Steele, accountant turned vengeful Robin Hood, is off on his crusades once again. He has given himself a role that sees him trying to right the wrongs and inadequacies of the legal system in the UK. His experiences as a child and through higher education have equipped Patrick with abilities that realistically only has value in the field of rough justice.

Steele has developed a working relationship with the Gurentai, a more benevolent sub-group of the Japanese Yakuza and, as a result of a number of successful associations, have furnished him with a Swiss bank account and a very healthy retainer. As a result Patrick is building his own little empire.

Everything seems fine in his life until he is drawn into trying to solve the problem of lawless youths that are targeting tourists in the City of York. He enlists the help of his two colleagues from Japan, Takuo Sumisu and Naomi Kobayashi, and with one of his own staff they head off to identify and eradicate the source of the problem. All is proceeding as planned until there is a knifing and one of the team is shot!
The action then migrates across France and eventually to Le Marche in eastern Italy where it seems to have been brought to a conclusion until the team return home!
Visa hela texten