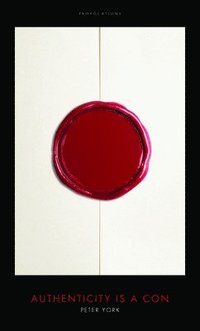 Authenticity is a Con

av Peter York
Inbunden Engelska, 2014-11-24
128
Köp
Spara som favorit
Finns även som
Visa alla 1 format & utgåvor
The idea of authenticity - deliciously vague and as ubiquitous as Starbucks - has hit the spot in almost every sector of 21st-century life. But can we trust the authentic image of Nigel 'man-of-the-people' Farage, Sarah 'hockey mom' Palin or Gwyneth 'inner life' Paltrow? Are punk bands, distressed denim and rustic furniture really as spontaneous as people seem to think? Is bare-brick Shoreditch just one big authenticity scam? From motivational speakers to PR consultants, music entrepreneurs to devoted foodies, bearded hipsters to earnest YouTubers - and, yes, politicians too - 'authentic' has become the buzzword of our age. But, as Peter York has discovered, its meaning has changed and become corrupted: every advertising agency, micro-connoisseur and charlatan going has re-tooled the language of authenticity for our changing market and it is now practically impossible for us to differentiate between authentic and 'authentic'. Drawing on witty anecdotes and analysing various spheres of everyday life, Peter has set out to uncover the truth behind authenticity - the ultimate con of our generation. Provocations is a groundbreaking new series of short polemics composed by some of the most intriguing voices in contemporary culture and edited by Yasmin Alibhai-Brown. Sharp, intelligent and controversial, Provocations provides insightful contributions to the most vital discussions in society today.
Visa hela texten

"An ambitious new series that tackles the controversy of the topics explored with a mixture of intelligence and forthright argument from some excellent writers." The Observer

Peter York is an author, broadcaster, journalist, management consultant and cultural commentator. He was Style Editor of Harper's & Queen for ten years and he co-authored The Sloane Ranger Handbook in 1982. He has written nine other books, most recently The Blue Riband, as well as a flood of articles and several television series. He is the co-founder of the Pimlico Society, which helps the indigenous people of Pimlico in their struggle for recognition and self-esteem.