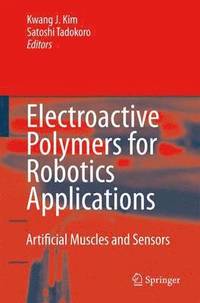 Dr Kwang Kim is an Associate Professor of Mechanical Engineering and Director of the Active Materials and Processing Laboratory at the University of Nevada, Reno (UNR). He graduated in 1987 from Yonsei University, Korea, and received his MS and PhD from Arizona State University in 1989 and 1992, respectively. He later completed his postdoctoral study at the Center for Environmental Energy Engineering (CEEE) at the University of Maryland-College Park (1993-1995). His industrial experience includes time as a Senior Research Engineer at Thermal Electric Devices, Inc. (1995-1997), and as the Chief Scientist at Environmental Robots, Inc. (1997-2001), Albuquerque NM. He has published over 130 technical papers and holds 2 patents. His research and teaching interests are broad-based, but mainly relate to active materials/sensors, thermal science/energy systems, and nanotechnology. Dr Satoshi Tadokoro is President of the International Rescue System Institute, in Kobe, Japan. He is also a Professor in the Department of Computer and Systems Engineering at Kobe University, where he has been employed for over twenty years. He teaches about actuator theory, mechatronics and intelligent machine theory. Dr Tadokoro gained his MS and his PhD in Engineering from the University of Tokyo. His research interests include rescue robots, and robotics and actuators.