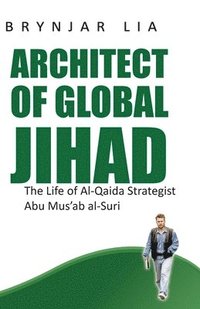 av Brynjar Lia
Häftad Engelska, 2009-05-29
383
Köp
Spara som favorit
With more than 35 years experience of jihadist activism, Abu Mus'ab al-Suri remains the foremost theoretician in the global jihadist movement today, despite his capture in Pakistan in late 2005. After having participated in the founding of Al-Qaeda in Afghanistan in 1988, al-Suri, whose real name is Mustafa Sethmarian Nasar, trained a whole generation of young jihadis at his camps in Afghanistan. When he moved back to Spain in the early 1990s, al-Suri took part in establishing Al-Qaeda networks in Europe. In the mid-1990s, he rose to prominence in jihadi circles as editor of the London-based bulletin of the Algerian Groupe Islamique Armee, the most deadly Islamist terrorist group operating in Europe at the time. Al-Suri later formed his own media centre and training camp in Taleban-ruled Afghanistan, to which he returned in 1998. Building on his extensive military experience from the Syrian Islamist insurgency in the early 1980s, he contributed decisively to formulating Al-Qaeda's global warfare strategy. Throughout his writings there is a desire to learn from past mistakes and rectify the course of the jihadi movement. His 1,600 page masterpiece, "The Global Islamic Resistance Call", outlines a broad strategy for the coming generation of Al-Qaeda, with a keen eye for the practical implementation of jihadi guerrilla warfare theories. His ideas of how to maximise the political impact of jihadi violence and how to build autonomous cells for 'individualised terrorism' have inspired many jihadi militants of today. The book includes a translation of two key chapters from al-Suri's seminal work "The Global Islamic Resistance Call".
Visa hela texten

Illuminating. -- Ahmed Rashid * New York Review of Books * Al-Suri has been read at West Point, profiled by Lawrence Wright in the New Yorker, heralded by Newsweek as the 'Francis Fukuyama of al Qaida' and by CNN as 'the most dangerous terrorist you've never heard of'... One of the striking things we learn from Lia's book is how often Al Qaida's adversaries threw it a lifeline. * London Review of Books * This biography by Brynjar Lia, a Norwegian expert on the subject, is a welcome addition to books on Islamist extremism. ... Ginger-haired and married to a Spaniard, Mr al-Suri went by several aliases, including El Espanol and El Rubio (the blond one). He was little known outside Islamist circles until the Madrid train bombings in March 2004 when Spanish investigators named him as a possible ideological influence, if not the actual mastermind. * The Economist * An authoritative volume on a man who is possibly the most important jihadi theoretician alive. -- Steven Brooke * The American Interest * A genuinely important and path-breaking book. -- Peter Hart * Globe & Mail * Architect of the Global Jihad is a compelling and meticulously researched biography of one of the most influential strategists and thinkers in Islamist circles. Abu Mus'ab al-Suri may not be a household name in the West, but his importance as a theorist, organizer and ideologue is difficult to overstate. For those seeking to understand Al-Qaeda and its affiliates, author Brynjar Lia's work is critical reading and highly illuminating. -- Craig Whitlock, Berlin Bureau Chief * The Washington Post * A groundbreaking analysis of the militant trajectory of one of the most important--albeit little known--jihadist ideologues of the post 9/11 era. It provides essential reading for any one eager to penetrate in-depth the intellectual environment and logics of radical islamist terrorist doctrine, thanks to Lia's remarkable mastery of Arabic language and Islamic culture. -- Gilles Kepel, Professor and Chair, Middle East Studies Brynjar Lia's masterfully researched work remains the only known contribution to the terrorism studies field that parses the history and thought of al-Suri. Far beyond its utility as an historical analysis, Lia's work is extraordinarily timely as he extracts the finer points of al-Suri's now widely circulated theories that may have informed the conduct of the London and Madrid attacks. -- Jeffrey Cozzens, Intelligence and Terrorism Analysis Group Brynjar Lia's book is an innovative, well-sourced, and thorough account of the life and work of Abu Mus'ab al-Suri. Lia's book digs behind the myths and public speculation around al-Suri and gives a comprehensive picture of the man and his works. It is crucial to an understanding of international jihadi ideology and needs to be widely studied. -- Jeevan Deol A fascinating study -- Malise Ruthven * New York Review of Books * A brilliant, well-researched work. -- Lester W. Grau * The Journal of Military History * Lia's book should be essential reading. -- Marisa Urgo * Political Studies Review * This valuable biography of Abu Mus'ab al-Suri . . . contributes to the understanding of jihadi strategic thought, an area where incisive and thorough scholarship has been lacking. -- Daveed Gartenstein-Ross * Middle East Quarterly * Brynjar Lia has written an impressively authoritative biography of one of contemporary jihad's most important and influential thinkers. In Architect of Global Jihad, Lia charts the rise and consequences of Abu Mus'ab al-Suri's prominence in al-Qaeda and how his worldview continues to shape and define the movement's strategy and tactics. This work is essential reading for anyone seeking to understand al-Qaeda's violent struggle and its likely future trajectory. -- Bruce Hoffman, professor, Edmund A. Walsh School of Foreign Service, Georgetown University, and senior fellow, Combating Terrorism Center, U.S. Military Academy

Brynjar Lia is a research professor at the Norwegian Defence Research Establishment (FFI). He is the author of several books on Islamism and terrorism, including Globalisation and the Future of Terrorism and A Police Force without a State: A History of the Palestinian Security Forces in the West Bank and Gaza.