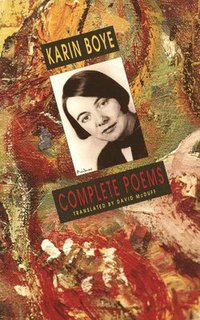 av Karin Boye
Häftad Engelska, 1994-11-01
169
Köp
Spara som favorit
Skickas inom 10-15 vardagar.
Fri frakt inom Sverige för privatpersoner.
Karin Boye is Sweden?s greatest woman poet. Born in 1900, she was a poet of ideas, and wrote a powerful prophetic novel, Kallocain. Her involvement in the radical literary and artistic movement Clarté during the 1920s led to her interest in psychoanalysis, which influenced her literary work as well as her personal development during the latter years of her life. Intellectually and emotionally, she was far ahead of her time, and her controversial writings included the novel Crisis, in which she depicted the religious turmoil of her adolescence and her discovery of her own bisexuality.

David McDuff?s edition shows Karin Boye moving from youthful idealism to a desperate quest. In the early poems, she is a tense modern spirit aroused to strenuous affirmations of absolute ethical loyalties ? but prone also to drift passively back into regions of the subconscious and the unconscious, where mysterious natural forces take possession of the human spirit. Her identification with nature?s dark but knowing and fertile instincts becomes more complete in her later work, in which serene nature symbolism is mixed with ominously strained elements.

Margaret Abenius?s biography of Karin Boye is called Afflicted by Purity ? a line from one of her poems. Her title captures the inner conict at the heart of Karin Boye?s poetry, and the way she rose above shattering personal defeats to write with honesty, clarity of vision and nobility of utterance. Her poetry has a strenuously angular quality which reects ? with naked candour ? the harsh realities of her tragic inner struggle, which was eventually to lead to her suicide in 1941.

Karin Boye is one of the trio of great Scandinavian women poets, along with Edith Södergran and Mirjam Tuominen ? all three published in English by Bloodaxe Books.
Visa hela texten