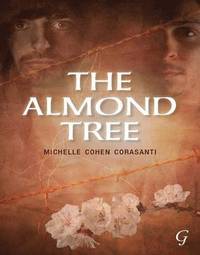 av Michelle Cohen Corasanti
Häftad Engelska, 2012-10-11
139
Köp
Spara som favorit
Skickas inom 5-8 vardagar.
Gratis frakt inom Sverige över 159 kr för privatpersoner.
Gifted with a mind that continues to impress the elders in his village, Ichmad Hamid struggles with the knowledge that he can do nothing to save his friends and family. Living on Occupied land, his entire village operates in constant fear of losing their homes, jobs and belongings. But more importantly, they fear losing each other. On Ichmad's twelfth birthday, that fear becomes reality. With his father imprisoned, his family's home and possessions confiscated, and his siblings quickly succumbing to hatred in the face of conflict. Ichmad begins an inspiring journey using his intellect to save his poor and dying family. In doing so he reclaims a love for others that was lost through a childhood rife with violence, and discovers a new hope for the future.
Visa hela texten

Corasanti's accomplished debut novel offers a humanistic look into the Israeli-Palestinian conflict...Sensitive, moving...a complex novel as necessary as ever. -- Kirkus Reviews Michelle Corasanti's profound and finely crafted debut novel tells the story of one man, Ichmad Hamid, from his humble beginnings as a scared and helpless child in an occupied village through to his inspirational rise to power and influence. This intimate tale of love and loss and awareness shines a greater understanding of the personal toll of the ongoing Israeli-Palestinian conflict. -- Marcy Dermansky, author, Bad Marie ...beautifully written and exhibits an inherent knowledge of life in the Occupied Palestinian Territories and Gaza. Corasanti's elaboration of history and fiction has created a touching narration which ensnares the reader from the first chapter.-- Middle East Monitor Having just finished reading The Almond Tree by new author Michelle Cohen Corasanti, I can honestly state that it is one of the most riveting books I have read during the past several months. Corasanti takes a realistic premise and builds an interesting and highly believable story that only gets better as the pages fly by. While The Almond Tree is a fictional tale, much of it is based on the truth of what is today's world, and as such there is also an important message located within. I highly recommend this book. --Charline Ratcliff at Rebecca's Reads With the onset of adulthood, one already must cope with so much. "The Almond Tree" follows the struggles of young Ichmad Hamid as his family is lose to strife, imprisonment, and everything they hold dear. The twelve year old learns it may be on him to use his limited talents to help his family and bring back something of a life. "The Almond Tree" is a strong addition to coming of age fiction collections, highly recommended. The Midwest Book Review. If this is too long, you can start with "The Almond Tree" is a strong addition until the end. - Helen Dumount, MBR Bookwatch January 2013 issue I predict (The Almond Tree) will become one of the biggest bestsellers of the decade...an epic drama of the proportions of The Kite Runner... A story that grabs you from the first page...This novel is not a political lecture, but a gripping and compassionate work of fiction. Huffington Post, Spanish TV and Radio Host Guillermo Fesser Corasanti's tale of resilience, hope and forgiveness is a must-read both for those who are stumbling through the Israeli-Palestinian minefield for the first time, and others who know its sorrows all too well. -- Washington Report on the Middle East ... a Kite-Runner-like epic of Palestinian life... makes you aware of what it's like to exist under Israeli rule...told in a manner that strongly resembles the voice and narrative used by Khaled Hosseini in his popular novel, The Kite Runner...A Palestinian Tale Told by a Jewish American...Although possibly difficult for Israelis and Jews everywhere to read, The Almond Tree should be required reading for all as when there is understanding of the other side, peace can be achieved. -- The Times of Israel

Michelle Cohen Corasanti has a BA from Hebrew University in Jerusalem and a MA from Harvard University, both in Middle Eastern Studies.She also holds a law degree. A Jewish American, she has lived in France, Spain, Egypt and England, and spent seven years living in Israel. She currently lives in New York with her family. The Almond Tree is her first novel.