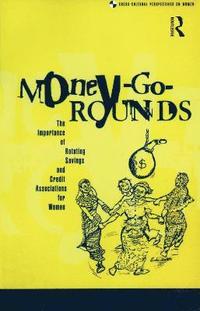 The Importance of ROSCAs for Women

av Shirley Ardener, Sandra Burman
Häftad Engelska, 1996-07-01
529
Köp
Spara som favorit
Finns även som
Visa alla 1 format & utgåvor
On most continents - from the USA to Africa and Asia - various forms of rotating savings and credit associations (ROSCAs) serve men and women of the community, often as their major -- and sometimes their only -- savings institution. ROSCAs are self-help money-pooling associations with participants who agree to make regular contributions to a fund which is given, in whole or in part, to each contributor in rotation. Many ROSCAs have elaborate systems to cope with inflation, default and the distribution of benefits. In providing important social and welfare resources they constitute valuable social capital.This unique volume of case studies by an international group of experts, which examines ROSCAs on a worldwide basis, will be of interest to anyone studying or concerned with anthropology, economics, women's issues, and especially the welfare of the less developed countries and immigrant communities in 'the West'.
Visa hela texten

The book was like a breath of fresh air because it is all about keeping the art and science of lending money very simple ... not only relevant reading for the general public and those who are involved in banking, but for high flyers who have lost or are losing money in the rarefied atmosphere of derivatives, it is definitely a reality check. - Journal of African Economies