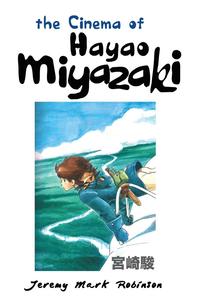 The Cinema of Hayao Miyazaki

Hayao Miyazaki's movies include Princess Mononoke, Spirited Away, Howl's Moving Castle, Laputa: Castle In the Sky and My Neighbor Totoro.

What Hayao Miyazaki's films do is to bring you completely into a fantasy world that is instantly recognizable and familiar. It's as if these fantasy realms have always existed - very much like J.R.R. Tolkien's Middle-earth or Ursula Le Guin's Earthsea (both influences on Miyazaki). The visionary and magical elements are fused with the domestic and familial and social elements, so that it seems completely ordinary and believable that, say, flying machines soar overhead which have flapping wings like an insect, or that little white creatures pop up out of trees and make strange clicking noises.

This new study of Hayao Miyazaki considers all of his films and TV shows (and his manga work). It also includes chapters on Studio Ghibli . on fellow director Isao Takahata . Miyazaki's influences . his contemporaries and colleagues . his characters . his movies' relation to Western animation (including the Walt Disney Company) . his unmade films . and his themes and motifs.

The Cinema of Hayao Miyazaki also explores Japanese animation, its production and style, some classics of anime, and digital animation.

Includes quotes by Miyazaki; fans on Miyazaki; and resources. The second edition has been completely updated and revised. There is a new chapter on The Wind Rises, and Ghibli's latest films, including The Tale of Princess Kaguya. Fully illustrated. With filmography, bibliography and notes. 664 pages. ISBN 9781861715159.