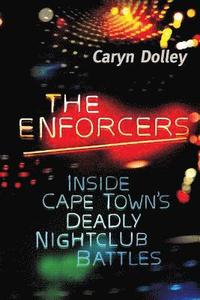 av Caryn Dolley
Häftad Engelska, 2019-06-28
179
Köp
Spara som favorit
Skickas inom 5-8 vardagar.
Fri frakt inom Sverige för privatpersoner.
CAPE TOWN?S POPULAR high-end night spots attract an array of clientele, from young partygoers to politicians, models to moguls. In parallel with this is a sleazy underworld where control of the lucrative nightclub-security scene is the ultimate prize, for which some are prepared to pay using extortion and murder as the main currencies.

South Africa?s private-security sector is massive, an informal police force increasingly relied on as confidence in traditional policing wanes. But it?s an industry tainted by ties to underworld figures and events.

Journalist Caryn Dolley has interviewed numerous criminal and suspects, often putting herself in danger in pursuit of the truth. Here she weaves her research into a story that lays bare the reality of Cape Town?s nightclub-security wars: a vast network of information and misinformation in which innocent members of the public enjoying a night out inadvertently rub shoulders with some of the city?s most infamous criminals.
Visa hela texten