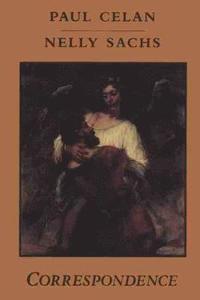 av Paul Celan, Nelly Sachs, Barbara Wiedemann, Christopher Clark
Inbunden Engelska, 1998-06-01
249
Köp
Spara som favorit
Here are the letters between Nelly Sachs (1891-1970), recipient of the 1966 Nobel Prize for Literature, and the great German-speaking poet Paul Celan (1920-1970). Their correspondence lasted from 1954 until Celan's death by suicide. Sachs died the day Celan was buried. 'What Paul Celan once said of his mother tongue holds as well for Nelly Sachs: 'Reachable, near and not lost, there remained amid the losses this one thing: language. It, the language, remained, not lost, yes in spite of everything. But it had to pass through its own answerlessness, pass through frightful muting, pass through the thousand darknesses of death bringing speech'. Sachs put it this way: 'The frightful experiences that brought me to the edge of death and darkness are my tutors. If I couldn't have written, I wouldn't have survived...my metaphors are my wounds'. From the Introduction.
Visa hela texten

Even while they lived, Nelly Sachs and Paul Celan seemed to have receded into the remoteness of legends. Both poets lived and wrote outside the borders of the two countries that called themselves German, indeed they lived outside of German-speaking Europe. Both were in exile and tormented; they owed their torment to that 'Master from Germany' who condemned people of their kind to 'the dwellings of death' and 'a grave in the air.' And both had been saved, of course, but they experienced their salvation as guilt.--The Times, London This is a beautiful book, from the dust cover painting of Rembrandt's Jacob Wrestling with the Angel, which held special significance for Sachs, to the sound translation, scrupulous notes, and dual chronology, revealing intriguing parallels . . . The correspondence includes lovely Sachs poems and interesting accounts of their meeting and of contact with other prominent writers of the time. The introduction and afterword are indispensable, as is the entire book.--Choice

Paul Celan was born Paul Ancel of a Jewish family in Romania in 1920. In 1942 his parents were deported and died in an extermination camp. Celan escaped but was in a labour camp until 1944. In 1948 he settled in Paris, where he took up the study of German literature and became a lecturer at the Aecole Normale Superieur. Paris remained his home until his suicide by drowning in 1970.