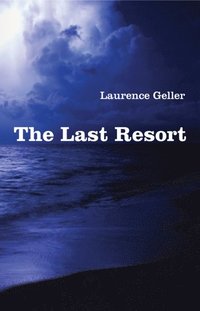 av Laurence Geller
E-bok (EPUB - DRM), Engelska, 2012-10-01
199
Ladda ned
Spara som favorit
Laddas ned direkt
Läs i vår app för iPhone, iPad och Android
The Last Resort tells the story of how Rolfe Ritter, the founder and former CEO of the Kestrel Hotel and Resorts chain, becomes involved in a heart-pounding race against time to stop a plot by an international band of killers to sabotage the upcoming G8 Summit scheduled to take place at the Kestrel's luxurious Audley, San Diego Cliffs Hotel and Resort. Although forced to sell his beloved hotel chain, he still thinks of it as his &quotefirst love.&quote This leads Rolfe to bring together his closest confidants from around the world to help solve the mystery of who is behind the evil plan to disrupt the world's mightiest economies at one of his former hotels. He soon finds his life threatened along with the lives of his beloved wife, Momo, and two of his closest proteges: Matt Dirksen, the general manager of the San Diego Cliffs Resort, and his beautiful, troubled lover Beth Taylor, general manager of the Kestrel, Santa Monica. As they get closer to piecing together the mosaic of clues, Rolfe, Momo, Matt, and Beth find themselves increasingly entangled with the world's most formidable spy agencies in the U.S., Russia, Israel, the U.K., and China-all involved in one way or another with the impending doomsday plan. Lovers of international intrigue will hang on to every word until the culmination of this thrilling, page-turning, action-adventure novel. Praise for The Last Resort&quoteIt is an almost perfect storm of possibilities-international intrigue, organized crime, espionage and, oh yes, the key ingredient: world class hotels. For most writers looking at these arenas from the outside, a formidable challenge. But this is the world that Laurence Geller knows well - because the world stays at his hotels. And The Last Resort is the kind of thriller that could only have been created by a writer with Geller's portfolio and insider background. Before you make your next hotel reservation, consider this: forget the minibar, the size of the pool, or what's on the room service menu. Think about who owns the hotel, and then why. . . . then check into The Last Resort. -Peter Greenberg, Travel editor, CBS News
Visa hela texten