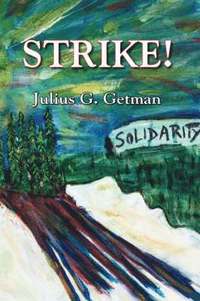 av Professor Julius G Getman
Häftad Engelska, 2006-10-01
189
Köp
Spara som favorit
Skickas inom 10-15 vardagar.
Fri frakt inom Sverige för privatpersoner.
Kan tyvärr inte längre levereras innan jul.
Finns även som
Visa alla 3 format & utgåvor
For anyone who thinks that strikes are only about money, this book will be a real eye-opener. Set in a rural Maine town in the 1980s, Getman draws a memorable portrait of worker solidarity as a union of papermakers struggles to protect a way of life that previous generations had sacrificed to give them. Jack Getman tells the story of a strike from the inside, putting in human terms events that often are considered only from an economic or legal perspective. A natural psychologist, Getman's sharply-drawn depictions of the anxieties and uncertainties that beset his characters as they seek to deal with the forces of the new economy give his story a special poignancy and force. His sure-handed account also demonstrates how laws originally intended to protect workers have undermined their ability to act in concert.
Thomas C. Kohler, Boston College Law School.

Strike! takes the reader deep inside a community that both comes together and divides over a dramatic labor strike. We see strategizing and second-guessing, romance and resentment, solidarity and tragedy, all from the divergent perspectives of engaging and well-drawn characters.
Cynthia Estlund, Professor of Law, New York University. Author of Working Together: How Workplace Bonds Strengthen a Diverse Democracy.

Like most good works of fiction, Strike! is based on a deep factual understanding of its subject. Jack Getman puts human faces on often abstract and sterile discussions of the painful struggles to protect and promote workers' interests in a world dominated by corporations motivated by short-run profits.
F. Ray Marshall, former Secretary of Labor, Carter administration, Professor Emeritus, the University of Texas