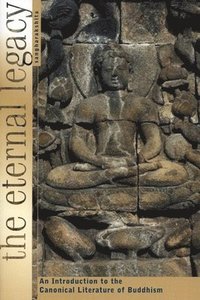 An Introduction to the Canonical Literature of Buddhism

Sangharakshita was born Dennis Lingwood in South London, in 1925. Largely self-educated, he developed an interest in the cultures and philosophies of the East early on, and realized that he was a Buddhist at the age of sixteen. The Second World War took him, as a conscript, to India, where he stayed on to become the Buddhist monk Sangharakshita. After studying for some years under leading teachers from the major Buddhist traditions, he went on to teach and write extensively. He also played a key part in the revival of Buddhism in India, particularly through his work among followers of Dr B.R. Ambedkar. After twenty years in India, he returned to England to establish the Friends of the Western Buddhist Order in 1967, and the Western Buddhist Order (called Trailokya Bauddha Mahasangha in India) in 1968. A translator between East and West, between the traditional world and the modern, between principles and practices, Sangharakshita's depth of experience and clear thinking have been appreciated throughout the world. He has always particularly emphasized the decisive significance of commitment in the spiritual life, the paramount value of spiritual friendship and community, the link between religion and art, and the need for a 'new society' supportive of spiritual aspirations and ideals. Sangharakshita has now handed on most of his responsibilities to his senior disciples in the Order. From his base in Birmingham, he is now focusing on personal contact with people, and on his writing.