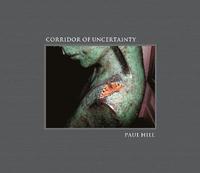 'If a camera could capture poetry, this might well be what it would look like.' - The Guardian (May 2008) referring to work included in Corridor of Uncertainty.

Widely acknowledged as one of the most influential UK photographers and teachers of photography of the last forty years, Paul Hill began his career in the 1960s, working freelance for both regional and national newspapers. In the early 1970s he began working in photographic education at Trent Polytechnic, Nottingham, where he became head of the ground-breaking Trent / Derby Creative Photography course - the forerunner of every art photography degree now available. In 1976, he and his late wife, Angela, established The Photographer's Place, the first residential photography workshop in the UK, and a centre which influenced a generation of British photographers. Paul Hill has exhibited extensively, with solo shows at The Photographers Gallery, London; Focus Gallery, San Francisco; Arnolfini, Bristol; Graves Art Gallery, Sheffield; Stills Gallery, Edinburgh and Derby Museum & Art Gallery amongst many more, and in group shows at The Serpentine Gallery, London; the V&A, London; The Barbican Art Gallery, London, and Moderna Museet, Stockholm. His work is in many permanent collections including The National Media Museum, the V&A, the British Council and the Arts Council; and, overseas, in the Museum of Fine Arts, Houston; Cleveland Museum of Art; the Japanese Photography Foundation; the Australian National Gallery, Moderna Museet, Stockholm, and the Bibliotheque Nationale, Paris. Birmingham City Archives have recently finished cataloguing his archive, which it acquired in 2004 to add to its national collection of photography. Paul Hill has published several books: Dialogue with Photography, co-written with Thomas Joshua Cooper, Approaching Photography and White Peak, Dark Peak. He has also received numerous awards including a Fellowship of the Royal Photographic Society, a Hasselblad Foundation fellowship, and an M.B.E..