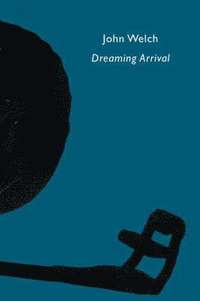 av John Welch
Häftad Engelska, 2008-04-01
199
Köp
Spara som favorit
Skickas inom 10-15 vardagar.
Fri frakt inom Sverige för privatpersoner.
Circumventing conventional narratives of trauma and recovery, 'Dreaming Arrival' presents a series of very personal reflections on the writing life set in the context of John Welch's experience of psychoanalysis. Intensely felt, but always retaining a significant degree of scepticism, the book's starting-point was in a journal the writer kept when in analysis and it refers back to an experience of breakdown and hospitalisation thirty years previously. Calling easy notions of creativity into question 'Dreaming Arrival' looks not only at the way 'therapy' affects writing, but also at how the writing may affect the process of the therapy itself.
Visa hela texten

Born 1942, John Welch lives in Hackney in east London. In the seventies he was involved with Wallpaper, a collaborative magazine founded by poet and performance artist Anthony Howell, which brought together work by poets, visual artists and musicians. In 1975 he founded The Many Press, a poetry publisher which over the next twenty years published many books, pamphlets and broadsheets. There was also a magazine The Many Review, devoted to criticism of new and recent poetry. A full list of the Press's output can be seen at shadoof.net. He contributed an article 'Dream and Restoration', on the subject of poetry and psychoanalysis, to Poets on Writing: Britain 1970-1991 edited by Denise Riley (Macmillan 1992) and since then other writings touching on his personal experience of psychoanalysis have appeared in The London Review of Books, Scintilla, fragmente and elsewhere. Until his retirement in 1996 he worked as a teacher, mainly teaching English as a Second Language in various East London schools. At the same time he helped run the South Asian Literature Society, an organisation that promoted interest in the literatures of the Indian Subcontinent, and he edited an anthology of Asian literature Stories from South Asia (Oxford University Press 1984).