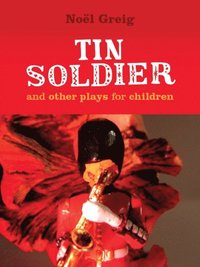 Tin Soldier and Other Plays for Children (e-bok)

'... a powerful poetic drama, an epic fable for our times.' The Independent Hood in the Wood (Red Riding Hood) ' a first-rate piece of storytelling that will make children squeal with terrified delight and parents shiver with recognition. ' **** The Guardian A Tasty Tale (Hansel and Gretel) 'Delicious moments... fashioned into a rhyming feast.' **** Time Out