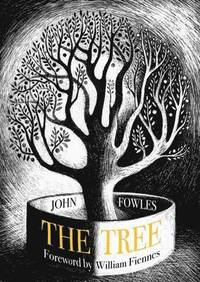 av John Fowles
Inbunden Engelska, 2016-10-10
140
Köp
Spara som favorit
Skickas inom 5-8 vardagar.
Gratis frakt inom Sverige över 159 kr för privatpersoner.
Finns även som
Visa alla 2 format & utgåvor
John Fowles' writing life was dominated by trees. From the orchards of his childhood in suburban Essex,to the woodlands of wartime Devon, to his later life on the Dorset coast, trees filled his imagination and enriched his many acclaimed and best-selling novels.Told through his lifelong relationship with trees, blending autobiography, literary criticism, philosophy and nature writing, The Tree is a masterly, powerful work that laid the literary foundations for nature-as-memoir, a genre which has seen recent flourishings in Roger Deakin's Wildwood, Richard Mabey's Nature Cure, Robert Macfarlane's The Old Ways and Helen Macdonald's H is for Hawk.As lyrical and precise as his novels, The Tree is a provocative meditation on the connection between the natural world and human creativity, and also a rejection of the idea that nature should be tamed for human purpose. Now, nearly forty years after its first publication, Little Toller is proud to republish this classic book as a special hardback, featuring a new foreword by William Fiennes and especially commissioned wood engravings,in the spirit of The Man Who Planted Trees.This edition will be an important addition to Fowles' published works and appeal to the growing audience for new nature writing as a classic of the genre.
Visa hela texten

John Fowles (1926-2005) is the celebrated author of many novels including The Magus, The Collector, and The French Lieutenant's woman. He was named by The Times ans one of the fifty greatest British writers since the end of the second world war. He lived for much of his life in Lyme Regis.William Fiennes is the multi-award winning author of The Snow Geese and The Music Room. He is a fellow of the Royal Society of Literature and an ambassador for The Woodland Trust.