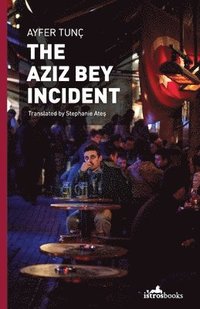 av Ayfer Tunc
Häftad Engelska, 2013-04-01
139
Köp
Spara som favorit
Skickas inom 10-15 vardagar.
Fri frakt inom Sverige över 159 kr för privatpersoner.
Kan tyvärr inte längre levereras innan jul.
The writing of Ayfer Tunc is in essence urban, and yet she manages to imbue her characters with a fragile humanity and an old-fashioned sense of the melancholy of modern life. In the title story, we meet Aziz Bey - at once the most genuine and the saddest of all her heroes. Here we see the life of an ordinary Turkish man, a master tambour player of local fame, whose life stretches from Istanbul to Beirut because of his obsessive love for Maryam. We witness the fading of this love with the passage of time and changing of circumstances, bringing us closer to this man than to many other modern protagonists. With the soft touch of an accomplished writer, the life of this singular musician is laid bare in all its sweetness and mediocrity, until we are almost sure that we might catch a glimpse of him next time we visit the vibrant, all-night bars of Istanbul. 'The Snow Traveller' features another solitary man whose "deadly loneliness...ate into his soul like a malignant tumour." Esber, a train signal man, lives in a remote region of Turkey that, for most of the year, is carpeted in white.When a flash of colour appears he is exhilarated to discover a young woman lying in the snow and nurses her back to health. Fidan had jumped off the train, fleeing unnamed assailants. However, she is quickly unsettled by Esber's unhealthy obsession. In 'A Cold Winter' Samavi Bey is also fixated by the memory of a woman. After losing his wife in a fire, Samavi never get warm again. He wanders from room to room in his house and visits coffee houses in an attempt to still his agitated heart. Eventually he wanders into a hamam where "the heat of the bath seemed to him like the heat of a love that had eluded him." Tunc writes about bitter disappointment with real skill so that her characters sense of hopelessness is affecting rather than maudlin. In the darkly comic 'Tales of Womanising', a man dreams of becoming a figure of desire. His friends' idle boasts about their conquests infect his mood until he is mired in "a deep and fatal affliction." He starts to pretend to be having an affair. Despite his wife's evident distress he can't stop himself and his various deceits become more and more elaborate with tragic consequences.In the final story, Tunc playfully recreates the existential anxieties of a series of characters waiting to be written into a story. Jealous of one another they are also highly ambitious regarding their development and status in the plot. It's a fitting conclusion to this haunting, unique collection that vividly evokes Turkey's various landscapes.
Visa hela texten

"Some of Tunc's protagonists love too little; others love too much. In almost every story, however, her characters are undone by their inability to empathise with the feelings of those nearest to them...After reading 'The Aziz Bey Incident and Other Stories', it's hard not to feel impatient for more English translations of works by this deft and unsettling author." Julia Harte, TimeOut Istanbul 'Ayfer Tunc, an acclaimed novelist and short story writer in her native Turkey, is widely translated abroad but little known in English. In this engaging short story collection, we follow the fortunes of various characters, defeated by circumstances or forces outside their control. " "...this haunting, unique collection that vividly evokes Turkey's various landscapes." Lucy Popescu, HuffPost Culture UK

Ayfer Tunc, is a story writer and novelist who has been declared one of the most recent brilliant writers in Turkish literature. Tunc was born in the city of Adapazari in northwest Turkey in 1964. Tunc graduated from the School of Political Sciences at Istanbul University and started working as a journalist for widely circulated periodicals and daily newspapers in 1989. She also worked as editor-in-chief at one of Turkey's oldest and biggest publishing houses, Yapi Kredi Publishing House, from 1999 to 2004. Her first collection of short stories, titled Sakli, was published in 1989. It was followed by her debut novel, Kapak Kizi, in 1992. In addition to novels and short stories, Tunc also writes reports, radio plays and scripts for TV series. Her works have been translated into several languages and honored with the Yunus Nadi Short Story Prize (1989). Her book My Parents Will Visit You If You Aren't Busy: Our Life in the 70's, first published in 2001, won the International Balkanika Literary Award in 2003. Her books have been translated and published in China (Shanghai Literature) France (Galaade), Italy (Clandestine) and Sweden (Storge). -