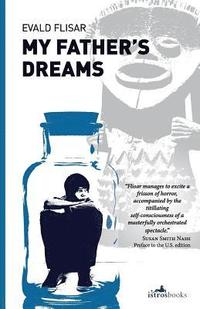 av Evald Flisar
Häftad Engelska, 2015-04-30
289
Köp
Spara som favorit
My Father's Dreams: A Tale of Innocence Abused, is a controversial and shocking novel by Slovenia's bestselling author Evald Flisar, and is regarded by many critics as his best. The book tells the story of fourteen-year-old Adam, the only son of a village doctor and his quiet wife, living in apparent rural harmony. But this is a topsy-turvy world of illusions and hopes, in which the author plays with the function of dreaming and story-telling to present the reader with an eccentric 'bildungsroman' in reverse. Spiced with unusual and original overtones of the grotesque, the history of an insidious deception is revealed, in which the unsuspecting son and his mother will be the apparent victims; and yet who can tell whether the gruesome end is reality or just another dream - This is a novel that can be read as an off-beat crime story, a psychological horror tale, a dream-like morality fable, or as a dark and ironic account of one man's belief that his personality and his actions are two different things. It can also be read as a story about a boy who has been robbed of his childhood in the cruelest way. It is a book which has the force of myth: revealing the fundamentals without drawing any particular attention to them; an investigation into good and evil, and our inclination to be drawn to the latter.
Visa hela texten

Praise for My Father's Dreams: A Tale of Innocence Abused "One of the most chilling characteristics of Flisar's new novel is the technique whereby the reader is allowed to know and see more than the first-person narrator: to see the story behind the story ... One is often tempted to warn the fourteen-year-old hero, 'Adam, don't believe your father, can't you see what he is doing?'... Descriptions are so visual that we often get the feeling we are watching a movie in which we are served a new twist before recovering from the previous one, while at the same time seeing, smelling, hearing and feeling every detail. The reader's enjoyment is almost voyeuristic, and the book is difficult to put down, unpredictable to the last page ... Reading it is like looking into a mirror in which, next to Adam, Eve, father and mother, we soon discover our own face..." - Metka Peserl, VECER (Literary Supplement) "... It is humor and occasional irony, even self-irony, mocking the traditional Slavonic seriousness, that is the hallmark of Flisar's style. Because over the years he has polished it to a high degree of mastery, stylistically My Father's Dreams probably surpasses even his legendary cult novel, The Sorcerer's Apprentice. We can feel this as much in the melody of his sentences as in the way he builds the demanding and complicated narrative structure, within which the real and the dream sequences are presented very convincingly, even in the case of the most unusual images ... It is this union of the individual and universal, speaking about the fate of one person yet surpassing his personal story, which thus becomes the reader's story, by which we recognize literature as the art of the words..." - Josip Osti, Review 2000 "Precisely and sharply, with an enviable economy of stylistic devices, Flisar presents the reader with a half-dreamlike world of fourteen-year-old Adam ... This topsy-turvy world of illusions and hopes, in which Flisar plays with the function of dreaming, is spiced with unusual and original grotesque overtones ... With masterful strokes, Flisar weaves the episodes of his story into an eccentric bildungsroman-in-reverse, moves the action from one mental or emotional state to another, and resolves it with a dream vision ... My Father's Dreams is thus a fascinatingly multi-layered tale, which, with its many meanings, explores different themes and resolves them with unusual silences and telling digressions..." - Igor Brato, Delo (Literary Supplement) "Flisar's best work so far? It's not that the author's previous novels had not been persuasive and skillfully written, or that his imagery had not charmed and impressed the reader. But evidently it is possible to go even further and discover a narrative mechanism which works strictly within the framework of fiction and creates with fantastic effectiveness the synchronicity of ideas and images, thoughts and emotions ... The dream material is richly differentiated, the descriptions are luxuriously sensual, poetic, morbid, prophetic, archetypal, erotic, hellish, heavenly ... All the way to the moment of final reckoning, when everything turns cruelly real ... The exuberant imagery of Adam's dreams turns out to be the most reliable seismograph of reality. The dynamics of unconscious truthfulness, which Veyne ascribes to dream-forming, poetic and myth-creating energies, confers the advantage of telling important truths without paying any particular attention to them..." - Lucija Stepancic, Contemporary Review "Probably the most complicated dimension that will attract and even obsess the reader is Adam's dreams. They are presented as a field of the unconscious, a field of mysterious energies that can be neither controlled nor fully explored, and are supposed to be