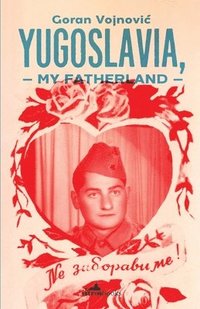 av Goran Vojnovic
Häftad Engelska, 2015-10-01
129
Köp
Spara som favorit
Skickas inom 5-8 vardagar.
Gratis frakt inom Sverige över 159 kr för privatpersoner.
When Vladan Borojevic googles the name of his father Nedeljko, a former officer in the Yugoslav People's Army, supposedly killed in the civil war after the decay of Yugoslavia, he unexpectedly discovers a dark family secret which recollects the events of 1991 when he first heard the military term deployment and his idyllic childhood came to a sudden end. Seventeen years later Vladan's discovery that he is the son of a fugitive war criminal sends him off on a journey round the Balkans to find his elusive father where he also finds out how the falling apart of his family is closely linked with the disintegration of the world they used to live in. The story of the Borojevic family strings and juxtaposes images of the Balkans past and present, but mainly deals with the tragic fates of people who managed to avoid the bombs, but were unable to escape the war.
Visa hela texten

'Vojnovic is influenced by American movies, and Yugoslavia, My Fatherland uses cinema's generic conventions to address the theme of war crimes head-on . . . A gripping narrative that requires no allegorical decipherment, its author employs a noir style to capture the seaminess and stupor of Yugoslavia and traces these early symptoms to the country's disintegration. In this milieu, national or ethnic identity is a giant Rubik's cube made of razors.' Mark Thompson, Times Literary Supplement At last comes a work which will become required reading both within and beyond the Balkans. It is profound and important and, quietly published in translation from a small publisher, it is far more convincing then many more imagined and over-hyped works which simply lack the essential truths which only an insider can bring to a narrative. Eileen Battersby, The Irish Times

GORAN VOJNOVIC (b. 1980) graduated from the Academy of Theatre, Radio, Film and Television in Ljubljana, where he specialised in film and television directing and screenwriting. The film Good Luck Nedim for which he co-wrote the script with Marko antic won the Heart of Sarajevo Award and was nominated for the European Film Academy's Best Short Film Award in 2006. He has directed three short films himself and his first feature film Piran/Pirano premiered in 2010. Vojnovic's bestselling debut novel, 'Southern Scum go home!' (2008) reaped all the major literary awards in Slovenia, has been reprinted five times and translated into numerous foreign languages. A collection of his columns from a Slovene daily newspaper and weekly magazine have also been published as a book under the title 'When Jimmy Choo meets Fidel Castro' (2010).