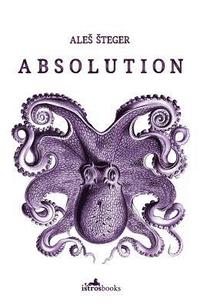 av Ales Steger
Häftad Engelska, 2017-04-10
129
Köp
Spara som favorit
Finns även som
Visa alla 1 format & utgåvor
It's Carnival time 2012, and the Slovenian city of Maribor is European Capital of Culture. In an attempt to maximize profit, local politicians and showman peddle every possible art form. Amidst the hype, dramatist Adam Bely and Cuban-Austrian journalist Rosa Portero pursue a secret mission: to track down and overthrow the sinister octopus of 13 selected persons that seems to be in control. On the way, they encounter a variety of important citizens, all entangled in a web of corruption and lies. In the tradition of Bulgakov, Gogol and Kafka Ales Steger lets the forces of good and evil collide in this grandiose literary thriller. This is a debut novel filled with striking personae, haunting images and a grotesque plot. It proves, in the end, to be a journey into the heart of a European darkness.
Visa hela texten

'A sophisticated mix of fantasy-thriller and political satire' Die Welt

Ales Steger is a Slovene poet, writer, editor and literary critic. Ales belongs to a generation of writers that started to publish right after the fall of Yugoslavia. His first poetry collection Sahovnice ur (1995) was sold out in three weeks after publication and indicated a new generation of Slovenian artists and writers. Stegers books have been translated into 16 languages and his poems appeared in internationally renowned magazines and newspapers as The New Yorker, Die Zeit, Neue Zurcher Zeitung, TLS and many others. Among other prizes and honours his English translation of Knjiga reci (The Book of Things, BOA Editions, 2010) won two mayor U.S. translation awards (BTBA award and AATSEL). In 1998 Steger won the Veronika Award for his poetry collection Kasmir and in 2008 he won the Rozanc Award, the highest prize for essays written in Slovene language, for Berlin.Ales received the title Chevalier dans le ordre des Arts et des Lettres from the French State. He is a member of the Akademie der Kunste in Berlin. Besides writing and translating from German and Spanish Ales is also the programme director of Beletrina academic Press that he co-funded (www.studentskazalozba.org). He is also the programme director of the international poetry festival Days of Poetry and Wine (www.stihoteka.si).