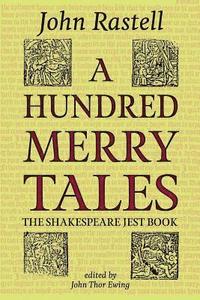 Originally published in 1524-5, this charming collection of amusing (sometimes scurrilous) anecdotes was celebrated by contemporaries among the defining books of the Tudor era, and is even name-checked by Shakespeare.

This new edition of A Hundred Merry Tales presents these comic stories in modern spelling with comprehensive notes. It is the first edition to draw on all four available source editions, and the first to bring together all 103 tales published under this title by John Rastell, including rediscovered ?lost? passages.

Although authorship of A Hundred Merry Tales has been contested in the past, the present editor carefully considers this question, drawing the conclusion that 'it makes sense for us now to recognise John Rastell as effective author of the body of tales as a whole.'
Visa hela texten

"i had all my wit out of the hundred merry tales" (william shakespeare, Much Ado About Nothing, Act II, scene i)

John Rastell (c.1475-1536) was an adventurer and explorer, he worked as an artist alongside Holbein, he wrote entertainments for kings and emperors, he created the first usable type for printing music, he was the first printer of secular drama, and he built the first modern theatre, but it is on his legacy as a writer, printer and publisher that his reputation now chiefly rests. John Thor Ewing is a writer and historian who has published chiefly on aspects of early medieval history. Born in 1967, he studied Medieval Literature at Durham University, and now lives on the Welsh border with his wife and two children.

the tales in their sixteenth-century context

3. of the wife that made her husband to go sit in the arbour in the night, while her prentice lay with her in her bed. (a.2/b.3)

4. of him that played the devil and came through the warren, and made them that stole the coneys to run away. (a.3/b.4/d.2)

7. of the husbandman that asked for master pisspot the physician. (b.7)