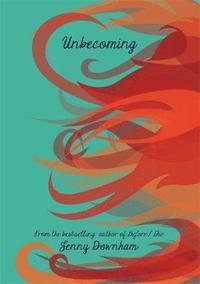 av Jenny Downham
Inbunden Engelska, 2015-09-03
12-15 år
169
Bevaka
Spara som favorit
Tillfälligt slut – klicka "Bevaka" för att få ett mejl så fort boken går att köpa igen.
Finns även som
Visa alla 3 format & utgåvor
Three women - three secrets - one heart-stopping story. Katie, seventeen, in love with someone whose identity she can't reveal. Her mother Caroline, uptight, worn out and about to find the past catching up with her. Katie's grandmother, Mary, back with the family after years of mysterious absence and 'capable of anything', despite suffering from Alzheimers. As Katie cares for an elderly woman who brings daily chaos to her life, she finds herself drawn to her. Rules get broken as allegiances shift. Is Mary contagious? Is 'badness' genetic? In confronting the past, Katie is forced to seize the present. As Mary slowly unravels and family secrets are revealed, Katie learns to live and finally dares to love. Funny, sad, honest and wise, Unbecoming is a celebration of life, and learning to honour your own stories.
Visa hela texten

This life-affirming story about a complicated family . . . is stunningly told by Jenny Downham * The Times Children's Book of the Week * This is a beautifully drawn portrait of three generations of women, hugely ambitious in its interwoven examination of sexual identity, family secrets, torn loyalties, family secrets, torn loyalties and the life-affirming power of breaking away from suffocating conventions * Daily Mail * This moving tale of three generations of women shouldn't be missed * Closer * [An] emotional, life-affirming read about identity, desire and the courage it takes for people to be themselves * Woman and Home * Intensely beautiful, empathetic and heart-rendingly powerful writing . . . This book absolutely broke my heart with its incredibly raw truth * We Love This Book *

Jenny Downham trained as an actor and worked in community theatre for many years, using improvisation techniques to take stories to young people who wouldn't normally have access to them - in prisons, hospitals, youth clubs, housing estates, anywhere that theatre rarely existed - she spent many years putting herself in imaginary situations and playing all sorts of people she would never normally be cast as. It was a perfect apprenticeship for writing. Her first novel, Before I Die, is an international bestseller. It won the Branford Boase Award for most promising debut, the Australian Silver Inky Award for best international novel, was shortlisted for the Guardian Children's Fiction Prize and was made into the blockbuster film, Now Is Good. Jenny's second book, You Against Me, won the inaugural Waterstones Teenage Book Prize, and Unbecoming was shortlisted for the YA Book Prize and won the Stonewall Honor Award from the American Library Association. Jenny is also the author of the critically acclaimed Furious Thing, a powerful novel about emotional abuse and coercive control. Jenny lives in London.