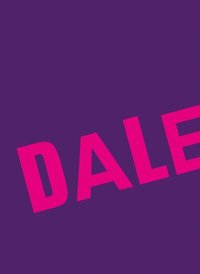 av Lindokuhle Sobekwa, Cyprien Clement-Delmas
Inbunden Engelska, 2020-11-16
389
Köp
Spara som favorit
Skickas inom 5-8 vardagar.
Fri frakt inom Sverige för privatpersoner.
Daleside, in the Gauteng Province, once had a predominantly white population and is isolated in the industrial outer suburbs of Johannesburg. Its separation has resulted in Daleside's residents becoming increasingly inward-facing, and in the space of a decade it has become an isolated ghost town with a dwindling population consisting of mostly mine workers and smallholders. Commissioned by Rubis Mecenat through their Of Soul and Joy programme, the resulting photographs provide a counterpoint-Clement-Delmas's images show dignified figures whose dreams are at odds with reality whereas Sobekwa's landscape portraits show no such escapism. Looking beyond the deep-seated Black/white binary, they depict the poverty afflicting Black and white residents alike as forgotten members of society stuck in a dead end. Contrary to his expectations of what he might find there, Sobekwa came face to face with the reality of Black and white residents experiencing the same poverty out of eyeshot of the tightly-guarded houses of the wealthy. In Daleside: Static Dreams, the images by each photographer are presented alongside each other in a foldout book so they can be read individually or as pairs.
Visa hela texten