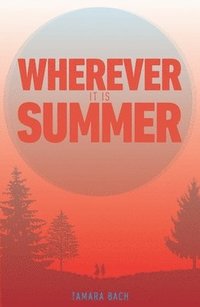 Wherever It Is Summer

av Tamara Bach
Häftad Engelska, 2016-07-07
97
Köp
Spara som favorit
Finns även som
Visa alla 1 format & utgåvor
A touching story of unlikely friendship and the redemptive power of love. The last thing either Jana (13) or Louise (17) is looking for on this hot and boring summer is a friend of totally the wrong age. But then one day, they abandon their responsibilities and irritating families, and head off in a 'borrowed' car for a day by the lake. Their adventure is simple - beer, ice-cream, swimming, singing - but the friendship it forges between them turns out to be profound. When Jana experiences loss, it is only Louise's tender and funny postcards that can haul her out of depression - right out of her bedroom window and off on another adventure. Written in a light, amusing style, and in the alternating voices of its two heroines, this is a touching story of the redemptive power of love. 'Wherever It Is Summer deftly explores the no-man's-land between childhood and adulthood and the power of female friendship, in language that is subtle and surprising.' - Deirdre Sullivan, author of Tangleweed and Brine
Visa hela texten

'Wherever It Is Summer deftly explores the no-man's-land between childhood and adulthood and the power of female friendship, in language that is subtle and surprising.' - Deirdre Sullivan, author of Needlework

Tamara Bach was born in Limburg an der Lahn in 1976. She made her breakthrough with her first novel, Marsmadchen (The Girl From Mars), which was published in 2003 and received several book awards. Since then she has published many other novels, among them Was vom Sommer ubrig ist (Wherever It Is Summer), which won the German-French Prize for Youth Literature, a White Raven by the International Youth Library and the Catholic Children's Youth Book Prize in 2013. Tamara lives in Berlin.