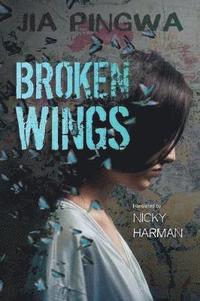 Despite her humble rural beginnings, Butterfly regards herself as a sophisticated young woman. So, when offered a lucrative job in the city, she jumps at the chance.

But instead of being given work, she is trafficked and sold to Bright Black, a desperate man from a poor mountain village.

Trapped in Bright?s cave home, Butterfly struggles to repel his lustful advances, and she plans her escape? not so easily done in this isolated and remote village where she is watched day and night.

Will her tenacity and free spirit survive, or will she be broken?
Visa hela texten

'The characters live as if rendered in a folk painting from Shaanxi—a panorama of images floating on a flat plane, all victims tossed together, all deserving a better lot.' - Asian Review of Books

Jia Pingwa (1952- ) stands with Mo Yan and Yu Hua as one of the biggest names in contemporary Chinese literature. A prolific producer of novels, short stories and essays, he has a huge following on the Chinese mainland, as well as in Hong Kong and Taiwan. An early English translation of his 1988 novel Turbulence by Howard Goldblatt won the Mobil Pegasus Prize for Literature. In 1997, his 1993 bestseller Ruined City was first published abroad in French as La Capitale dchue (Abandoned Capital), translated by Genevieve Imbot-Bichet. It was published in English translation in January 2016, again by Howard Goldblatt, this time as part of the Chinese Literature Today Book Series. Happy Dreams, translated by Nicky Harman, and The Lantern Bearer, translated by Carlos Rojas, were published in 2017.

Jia Pingwa's fiction focuses on the lives of common people, particularly in his home province of Shaanxi, and is well-known for being unafraid to explore the realm of the sexual. Ruined City was banned for many years for that same reason, and pirated copies sold on the street for several thousand yuan apiece. The novel was finally unbanned in 2009, one year after Jia won the Mao Dun Award for his 2005 novel Shaanxi Opera.