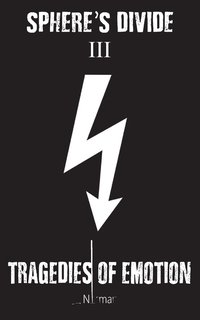 av J C Norman
Häftad Engelska, 2017-02-07
199
Köp
Spara som favorit
Skickas inom 10-15 vardagar.
Fri frakt inom Sverige för privatpersoner.
After the dramatic collision of events that tore apart friends and lovers Arcalie and Val in second novel of the Sphere?s Divide series, we return to find another city has fallen and society has once again been plunged into turmoil. Arcalie, growing in power, is struggling to remain in control of her influence over the elements and is stretched to the limit as she continues to compete in the Elemental League tournaments with one aim: to become the Element Leader. Val, having being rescued from his recent imprisonment, is the only one who can keep her grounded; the build up of energy locked within her can only lead to ruination. So when Lord Zane ? reigning Elemental Lord and Arcalie?s immortal adversary ? orders the death penalty to be introduced to the games, it is up to Val and their friends to save the Elementists. As events spiral out of their control, Arcalie unwittingly sets down a dark and dangerous path that may yet lead to her own destruction and that of everyone and everything she has fought so hard to protect.