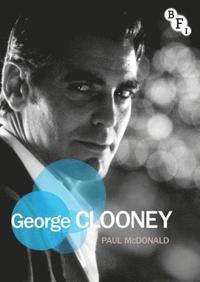 av Paul McDonald
Inbunden Engelska, 2019-05-02
649
Köp
Spara som favorit
Skickas inom 7-10 vardagar.
Fri frakt inom Sverige för privatpersoner.
Finns även som
Visa alla 3 format & utgåvor
Paul McDonald's study of the actor-filmmaker George Clooney traces the star's career, from his role in the hit television medical drama ER to his dual screen persona, allowing him to move seamlessly from commercial hits such as Out of Sight (1998) and Ocean's Eleven (2001) to more offbeat roles in such films as Oh Brother, Where Art Thou? (2000). McDonald also considers Clooney's political activism and his roles in such explicity political films as Three Kings (1999) and Syriana (2005), as well as his work as a producer of films including Argo (2012) and as director of Confessions of a Dangerous Mind (2002); Good Night, and Good Luck (2005) and Suburbicon (2017) among others. McDonald places Clooney in the context of the Hollywood star system, considering the argument that Clooney's star persona has many similarities with that of Classical Hollywood movie stars such as Cary Grant, but also addresses Clooney as a very 21st century transmedia celebrity.
Visa hela texten

A concise and extremely enjoyable account of Clooney's career and image, striking the right balance between being easy to digest and intellectually thought-provoking. * Alphaville: Journal of Film and Screen Media * George Clooney could not have a better biographer than Paul McDonald, the dean of Hollywood stardom and celebrity studies. Clooney fans and aficionados will delight in McDonald's thorough, thoughtful, and comprehensive examination of one of the world's great stars and brands. -- Bob Batchelor, author, Stan Lee: The Man Behind Marvel

Paul McDonald is Professor of Cultural and Creative Industries and Vice Dean (People & Planning) for Arts in the Faculty of Arts & Humanities at King's College London, UK. He is the author of The Star System: Hollywood's Production of Popular Identities (2000); Hollywood Stardom (2013) and Video and DVD Industries (BFI 2007). His co-edited volumes include, with Janet Wasko, The Contemporary Hollywood Film Industry (2008) and with Emily Carman, Eric Hoyt and Philip Drake, Hollywood and the Law (BFI 2015). He is the co-editor, with Michael Curtin, of the BFI series International Screen Industries.