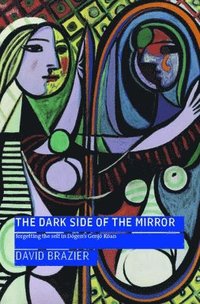 The Dark Side of the Mirror

Forgetting the Self in Dogen's Genjo Koan

av David Brazier
Häftad Engelska, 2019-03-19
179
Köp
Spara som favorit
Skickas inom 5-8 vardagar.
Gratis frakt inom Sverige över 159 kr för privatpersoner.
Genjo Koan is the most important chapter in Zen master Dogen's principal major work, the Shobogenzo. Although Genjo Koan has been translated into English many times, and is familiar to Buddhists both east and west, it is still not well understood. This new commentary by Buddhist teacher and author David Brazier draws back the curtain revealing the deeper meaning of the text in language that will be as transparent to the general reader as it is informative to the specialist. The Dark Side of the Mirror reveals the pivotal principle at the heart of Dogen's Zen and shows how his revelation of it was rooted in his personal experience, as well as in the religious consciousness of his time. For Dogen scholars, Brazier provides a wealth of previously unpublished connections within Dogen's thought, resolving knotty problems of interpretation. For Zen practitioners, Genjo Koan reveals the meaning of satori and the way that it irreversibly commits the practitioner to a life-long 'going forth' in the service of all sentient beings. For the general reader it provides a unique insight into Japanese and Chinese medieval religion and, through this prism, throws light upon spirituality and spiritual experience universally.
Visa hela texten

David Brazier, aka Dharmavidya, born in 1947 in England, now lives in a hermitage in France when not lecturing internationally. He is a founder member and chief priest of the Order of Amida Buddha. Trained in Vajrayana with Choegyam Trungpa, then in Soto Zen with Reverend Master Jiyu-Kennett, he became a member of the Tiep Hien Order of Thich Nhat Hanh, until the founding of Amida Trust under the patronage of Pure Land Sensei Gisho Saiko and other Japanese teachers, in 1996.