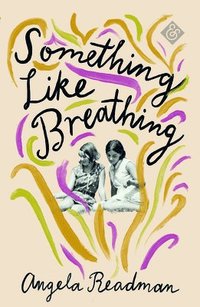 av Angela Readman
Häftad Engelska, 2019-01-09
129
Köp
Spara som favorit
Skickas inom 5-8 vardagar.
Gratis frakt inom Sverige över 159 kr för privatpersoner.
Finns även som
Visa alla 1 format & utgåvor
It's the 1950s, and Lorrie is unimpressed when her family moves to the remote Scottish island where her grandad runs a whisky distillery. She befriends Sylvie, the shy girl next door: `The slightest smile from Sylvie was a fluffy elephant at the fair. It had to be won with a clear aim,' writes Lorrie. Yet fun-loving Lorrie isn't sure Sylvie's is the friendship she wants to win. As the adults around them struggle to keep their lives on an even keel, the two young women are drawn into a series of events that leave the small town wondering who exactly Sylvie is and what strange gift she is hiding.Readman's feel for emotional nuance and flair for mixing strangeness with poignant detail make this long-awaited debut novel one to savour.
Visa hela texten

'Angela Readman's stories are fantastic, delightful gifts.' Toby Litt, author of Hospital and one of Granta's Best of Young British Novelists ----'Angela Readman's prose exhibits two complimentary styles: fabulation is rendered deadpan, while wonderfully inventive similes are used to describe the everyday. Borges, Kafka and Angela Carter will all be reference points, but there is something joyfully distinctive about Readman's voice.' Toby Lichtig, Sunday Telegraph ----'Readman writes with precision. Her stories emit suppressed yearning and she makes poignant comments about loneliness, identity, survival. Angela Carter is an obvious influence but fans of Donald Barthelme and Charles Baudelaire will cherish the emergence of a moral absurdist for our times.' Max Liu, The Independent----'A masterclass in the surreal ...This slim volume shows why she won the Costa Short Story Award.' Max Wallis, 10 Best Spring Reads, The Independent----`Sparky, shining writing that zings from the page. Subversive, funny and incisive. A real talent.' Sarah Hilary, author of Someone Else's Skin ----`Readman's narrative has an essential deadpan charm, dotted with striking, sideways observations. The story lends itself to multiple layers of interpretation and metaphor-the limits of friendship; mythmaking; the unavoidable exploration of self. An offbeat, enigmatic parable of otherness and attachment, with a style to match.' Kirkus Reviews ----`Readman weaves a fascinating and decidedly original fairytale.' - Lucy Scholes, Financial Times ----`This is a significant book that belongs to and will endure this time of change for women, it is a love story about the way women love one another...This is a book made with a scalpel: precise cuts, made by a skilled hand, for the sake of healing.' - Carmen Marcus ----`Beautifully bittersweet, this first novel is a rich evocation of youth and a joyous celebration of individuality.' - Star Tribune ---- 'Readman's strength lies ... in capturing that teenage state of in-betweenness.' - Francesca Carington, Daily Telegraph ----'From the wilderness of the setting to seminal moments in the girls' friendship, Readman captures her subjects with ease and clarity. Something Like Breathing is a charming debut whose young voices beguile from the beginning and impart their lessons with a light touch along the way.' - Sarah Gilmartin, Irish Times ---- `Something Like Breathing is an auspicious work from a writer unusually skilled with language and subtext. It's a sad, serious, beautiful novel worth diving into head first.' Katharine Coldiron, The Guardian ----'Something Like Breathing does many things very well. Readman's prose is lithe and sparkling, glinting like the sea around the girls' island home. She skilfully evokes the minutiae of daily life , the subtly changing landscapes of human relationships , the strength and fragility of teenaged friendship, and the various small violences enacted on individuals - particularly women - though the vigorous policing of social norms.. But it is Readman's exploration of the politics of difference, of strangeness, that propels the novel to its bittersweet finish,, which, like first kisses and last ones, lingers long after its final touch.' Marion Rankine, Brixton Review of Books ----`Angela Readman, a poet and award- winning short-story writer, is exceptionally good both at capturing voices and at rendering the shades of love and envy that can surround a friendship. [...] Readman tells a story of the violence that can exist in a family or a town, how difference and proximity are understood and respected, and how one self might try to capture another. Gentle and provocative by turns, Something Like Breathing asks good questions about the ways we might feel for someone, without consuming them.' Sophie Ratcliffe, The Times Literary Supplement

Angela Readman is a twice-shortlisted winner of the Costa Short Story Award. Her debut story collection Don't Try This at Home was published by And Other Stories in 2015. It won The Rubery Book Prize and was shortlisted in the Edge Hill Short Story Prize. She also writes poetry, and her collection The Book of Tides was published by Nine Arches in 2016. Something Like Breathing is her first novel.