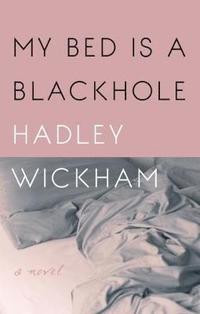 My Bed is a Blackhole

av Hadley Wickham
Häftad Engelska, 2017-11-30
89
Köp
Spara som favorit
Skickas inom 7-10 vardagar.
Fri frakt inom Sverige för privatpersoner.
My Bed is a Blackhole is a non-autobiographical work of fiction which was written over a period of 18-months. The central character in the story is a young woman living in Fremantle, Western Australia and attends university to study psychology. She is nameless until the very last line in the book, an intentional decision by the author as one of the key themes in the book is identity and the struggles that come with it. The book covers a year in the life of the female character and how her relationships and experiences change over the course of time; specifically, the pivotal "make-or-break" point where she is confronted by the true nature of her mental illness and how it has affected her life. The relationships with her parents, siblings, friends and romantic interest are extensively explored and through them, Wickham's character develops her own identity, particularly in realising the flaws in others and recognising them in herself. Contrasts are made by the female character between the life she remembers (pre-depression), the life that she has, and the life that she hopes to have. A major theme within the book is the female character's inability to accept her own depression and this is externalised by the Blackhole. Yet she is possessed by an objectiveness which allows her to understand this simply to allow her to function; she is terrified of her depression and of herself; this is communicated by frequent fourth-wall breaks where she directly addresses the reader.
Visa hela texten

Bloggat om My Bed is a Blackhole