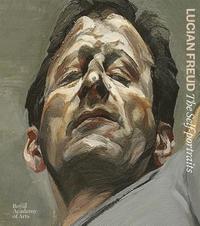 av David Dawson, Joseph Leo Koerner, Jasper Sharp, Sebastian Smee
Inbunden Engelska, 2019-10-18
369
Köp
Spara som favorit
Skickas inom 3-6 vardagar.
Fri frakt inom Sverige för privatpersoner.
In 1964 Lucian Freud set his students at the Norwich College of Art an assignment: to paint naked self-portraits and to make them 'revealing, telling, believable... really shameless'. It was advice that the artist was often to follow himself. Visceral, unflinching and often nude, Freud's self-portraits give us an insight into the development of his style as a painter. The works provide the viewer with a constant reminder of the artist's overwhelming presence, whether he is confronting the viewer directly or only present as a shadow or in a reflection. Essays by leading authorities - including those who knew him well - explore Freud's life and work, and analyse the importance of self-portraiture in his practice and the intensity that he maintained when studying his own.
Visa hela texten

Hell isn't only other people. One must include oneself and one's body in this comedy of errors and terrors and that's what Freud does.--Adrian Searle "Guardian " Freud painted a human truth that no one wants to confront, and that's why his ugliness is so goddamn beautiful.--Eddy Frankel "Time Out New York " Freud's self-portraits...are all sorts of things: tender, witty, experimental and - yes, that dread word - visceral. To walk around this show is to be powerfully aware both of his intense single-mindedness - the sheer quality of his concentration - and of his abiding fascination with the idea of the shifting, slippery self; the experience is a little like being watched. But if some red thread does link them, it is surely this inescapable menace.--Rachel Cooke "Guardian " This is an artist who delights in confronting human flaws - both other people's and his own.--Chloe Ashby "Frieze " [Lucian Freud's] portraits will capture the evolution of an artist as he moved from the exactitude of a youthful style towards an ever freer, looser and more overtly painterly technique. They will show us a human being who, through long self-contemplation, captures the frank truth about flesh as it ages.--Nancy Durrant "The Times " Freud liked to take a long, hard look at himself--and more often than not, the results are stunning.--Alastair Smart "Telegraph " In the end, it is the painting that mattered most. 'I dont want to retire, ' he once said. 'I want to paint myself to death.' And that's more or less what he did: It wasnt until two weeks before his death that he finally laid his brush to rest.--Farah Nayeri "New York Times " Lucian Freud: The Self-portraits...is unprecedented: a celebration, and an enigma--of time, change, the leitmorifs of a life distilled on canvas.--Jackie Wullschlager "Financial Times "

David Dawson is a painter and photographer, and Freud's former studio assistant. Joseph Leo Koerner is the Thomas Professor of History of Art and Architecture and Senior Fellow of the Society of Fellows, Harvard University. Jasper Sharp is Adjunct Curator for Modern and Contemporary Art at the Kunsthistorisches Museum, Vienna. The Pulitzer Prize-winning art critic Sebastian Smee is author of The Art of Rivalry: Four Friendships, Betrayals and Breakthroughs in Modern Art (2016).