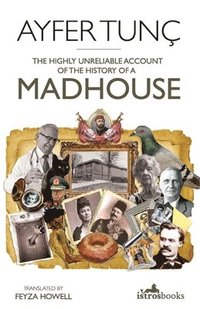 The Highly Unreliable Account of the History of a Madhouse

Code: History of a Madhouse Category: Books Price GBP 11,99 postage within EU only The Highly Unreliable Account of the History of a Madhouse by Ayfer Tunc Translated by Feyza Howell The novel opens in a provincial mental health hospital on the morning of the 14th February 2007 and comes to a cataclysmic end several hours later Lacklustre guest speaker ('Love: Self-sacrifice? Or Self-preservation?') UElku Birinci fails to impress the Medical Director, whose plans to write the history of the hospital are destined to remain stillborn. Town elder Turkan, retired judge and staunch Kemalist, leaves him gaping at her photographic archive, grasp of new media, research methods and sheer intelligence. As this literary palimpsest unfolds, the reader travels through time and space, to 1875 and back again, between the Caucasus, Ottoman and Republican Turkey, Europe and the USA, through wars, reform, riots, and coups d'etat. ". . . a terrific satirical take on the tackiness of modern Turkey -- all cheap marble cladding and television soap operas. In fact the novel proceeds a bit like one of these soap operas, with one episode melting into the next. The novel is clearly very funny, although there are sudden swoops into serious territory. . . the syntax is quite stately, literary, and orotund, with noun clauses hanging like bunches of grapes, as in Turkish itself. . . .very lively and entertaining." John Hodgson "...the brilliance of the novel is how well controlled this is. The author never loses sight of the main thread of the story...I might have been tempted to call it a shaggy-dog story, except in many respects it is everything but, in particular the ending, which pulls together all of the threads of the different characters, is spectacular." Paul Fulcher