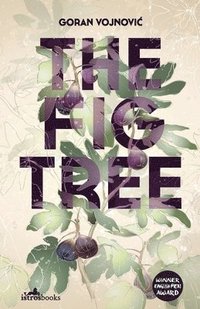 av Goran Vojnovic
Häftad Engelska, 2020-10-20
139
Köp
Spara som favorit
Skickas inom 5-8 vardagar.
Gratis frakt inom Sverige över 159 kr för privatpersoner.
Finns även som
Visa alla 1 format & utgåvor
The Fig Tree is a novel composed of the intertwining stories of the family of Jadran, a 30-something who tries to piece together the story of his relatives in order to better understand himself. Because he cannot understand why Anja walked out of their shared life, he tries to understand the suspicious death of his grandfather and the withdrawal of his grandmother into oblivion and dementia. With all his might, Jadran tries to understand the departure of his father in the first year of the war in the Balkans as he also tries to comprehend his mother, with her bewildering resentment of his grandfather, and her silent disappointment with his father. The Fig Tree is a multigenerational family saga, a tour de force spanning three generations from the mid-20th century through the Balkans wars of the 90s until present day. Vojnovic is a master storyteller, and while fateful choices made by his characters are often dictated by the historical realities of the times they live in, at its heart this is an intimate story of family, of relationships, of love and freedom and the choices we make.
Visa hela texten

"The Fig Tree is an exquisitely rendered novel, it's a big and satisfying read, and among others calls to mind Colum McCann's TransAtlantic and Orhan Pamuk's Silent House." Kon-teksti

Author and director Goran Vojnovic exploded onto the Slovenian literary scene in 2008 with his debut novel Southern Scum Go Home! (Cefurji raus!). The novel became an instant bestseller and gained notoriety after the police prosecuted Vojnovic for defamation, and went on to gain him his frist Kresnik Award. His second novel, Yugoslavia, My Fatherland (Jugoslavija, moja dezela, 2012), also received the Kresnik Award, was made into a theatre play and translated into seventeen languages. His third novel, The Fig Tree (Figa), was published in 2016 and once again received the Kresnik Award. Vojnovic is only the third person to ever receive three Kresnik Awards in its 27-year history; he is also the first and only writer to have received the award for each of his novels.