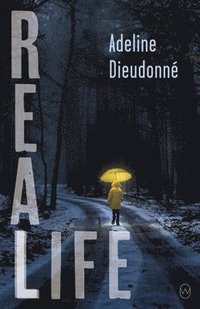 av Adeline Dieudonn
Häftad Engelska, 2020-02-13
139
Köp
Spara som favorit
Skickas inom 7-10 vardagar.
Fri frakt inom Sverige över 159 kr för privatpersoner.
Finns även som
Visa alla 1 format & utgåvor
At home there are four bedrooms: one for her, one for her little brother Sam, one for her parents, and one for the carcasses. Her father is a big-game hunter, a powerful predator, and her mother is submissive to her violent husband's demands. The young narrator spends the days with Sam, playing in the shells of cars dumped for scrap and listening out for the melody of the ice-cream truck, until a brutal accident shatters their world. This breathtaking debut is a sharp and funny coming-of-age tale in which reality and fantasy collide.
Visa hela texten

Dieudonne's startling debut tackles dark themes with grace, wit, and sincerity. A deeply disturbing, furiously tender, and darkly comedic debut.--Kirkus Reviews "Transforming the traditional coming-of-age novel, Adeline Dieudonne's successful first work is a captivating, unnerving take on emancipation and the hope of escaping violence."--France-Amerique "While this is a story about vulnerability and the victims of domestic abuse, it is also a story of courage. Dieudonne's debut novel, translated terrifically by Roland Glasser is, at once, fearsome and with heart." --Brigid O'Dea, Irish Times Real Life is a raw, dark, and profoundly powerful coming of age tale. Adeline Dieudonne brings to life a heroine for the modern world. And, after you read the first sentence, you won't be able to leave the girl's side, not until it ends, all of it." --Susan Schlesinger, Books on the Square (Providence, RI) "By turns brutal and subtle, this little gem of a novel packs a deceptive punch. It's a tale of shattered innocence and the dramatic shift from childhood to puberty to adulthood, though even at its most violent, there is an undeniable thread of optimism that wends throughout. Sibling love, growing pains, goats, alienation, taxidermy--as in real life, it's all here." --Jake Cumsky-Whitlock, Solid State Books (Washington, DC) "Brutal and impossible to put down. This young narrator takes you with her through the turbulence that is her family home with a touch of whimsy and then determined strength to save her brother (as well as herself) from the monster that is their father. A quick read that stays with you well beyond the last page." --Nadine Melahn, CoffeeTree Books (Morehead, KY) A magnificent heroine of freedom and intelligence. --Bruno Corty, Le Figaro A sense of rhythm, hard-hitting words, and vitriolic humor. --Coline Serreau, director of Chaos Always at the limit between the naivete of a child and the profundity of those of us who have already seen too much. --Veronique Cardi It's an impressive debut novel, poetic and violent at the same time, with great visual force. --Giovanna Canton I read the novel in one go. What a hypnotizing voice! --Cristina de Stefano Bitter, raw and fast-paced: a tale that's filled with a hunger for life. --Alain Lorfevre, La Libre Belgique This story is inevitably touching and disturbing, since it meticulously displays the mechanisms of physical and moral domestic violence through a cruel, perverse and violent father. The author's style is slick, poetic, metaphoric, beautiful and brutal at once, much like life can be, too. --Light and Smell Blog When the innocence of fairy tales meets the terror of a Stephen King thriller. --Bernard Lehut, RTL A tremendous energy. A new voice. Mind-blowing. --Pierre Assouline, La Republique des Livres Don't miss out on this debut novel, both cruel and fierce. Adeline Dieudonne makes her entry into literature like a warrior. --Jerome Garcin, Le Nouvel Observateur

Adeline Dieudonne lives in Brussels. Real Life, her debut novel, was published in France in 2018 and has since been awarded most of the major French literary prizes: the prestigious Prix du Roman FNAC, the Prix Rossel, the Prix Renaudot des Lyceens, the Prix Goncourt Le Choix de la Belgique, the Prix des Etoiles du Parisien, the Prix Premiere Plume, and the Prix Filigrane, a French prize for a work of high literary quality with wide appeal. Dieudonne also performs as a stand-up comedian.