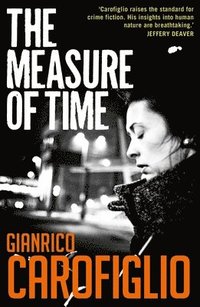 The Measure of Time

av Gianrico Carofiglio
Häftad Engelska, 2021-03-18
109
Köp
Spara som favorit
Skickas inom 7-10 vardagar.
Gratis frakt inom Sverige över 159 kr för privatpersoner.
One spring afternoon, defence attorney Guerrieri is confronted with an unexpected spectre from his past. In her youth, Lorenza had been a beautiful and unpredictable girl with dazzling charm. A changed woman faces him in his office that day. The ensuing years have ravaged her appearance and embittered her mind. As if that weren't enough, her son Jacopo, a small-time delinquent, stands convicted of the first-degree murder of a local drug dealer. Her trial lawyer has died, so, for the appeal, she turns to Guerrieri as her last hope. Guido is not convinced of the innocence of Lorenza's son, nor does he have fond memories of the way their relationship ended two decades earlier. Nevertheless, he accepts the case; perhaps to pay a melancholy homage to the ghosts of his youth. His old friend Carmelo Tancredi, a retired police inspector, and his girlfriend, the charming investigator Annapaola Doria are once again by his side. A masterful, compassionate novel, striking a balance between a straightforward trial story -some say the purest distillation of human experience - and the sad notes of time as it passes and exhausts itself.
Visa hela texten

"A Fine Line is a terrific novel, a legal thriller that is also full of complex meditations on the life of the lawyer and the difficult compromises inherent in any system of criminal justice. A book that is intensely rewarding at many levels." Scott Turow "Involuntary Witness raises the standards for mystery fiction. Carofiglio's deft touch has given us a story that is both literary and gritty...His insights into human nature--good and bad--are breathtaking." Jeffery Deaver "The author occupies a niche similar to Erle Stanley Gardner and John Grisham. The genre is flourishing and Carofiglio has endowed his hero with discriminating taste for good food, but none of their relish for brutality. Violence is kept at arm's length." Times Literary Supplement "As exacting and contemplative as any crime writer I can think of. Yet when the Italian defence lawyer isn't doing something, he is thinking, and what goes on in his doubt-stuffed head is always captivating. " Washington Post " Hard-boiled and sun-dried in equal parts. Where Philip Marlowe would be knocking back bourbon and listening to the snap of fist on the jaw, Guerrieri prefers Sicilian wine and Leonard Cohen. " Financial Times "The role of Guerrieri is to take on impossible cases that have little chance of success. His efforts to prove his client's innocence bring him into dangerous conflict with Mafia interests. Everything a legal thriller should be." The Times "Written with brio, humour and skill. Guerrieri is a lawyer who struggles with his own demons as much as with his stressful caseload. It sometimes feels as though he's the only honest lawyer in Bari." Daily Mail

Gianrico Carofiglio is now a full time novelist. He was previously a member of the Senate in Italy and before that, an anti-Mafia prosecutor in Bari, a port on the coast of Puglia. He has been involved with trials concerning corruption, organized crime and the traffic in human beings. He is a best-selling author of crime novels, literary fiction and recently authored a graphic novel illustrated by his brother.