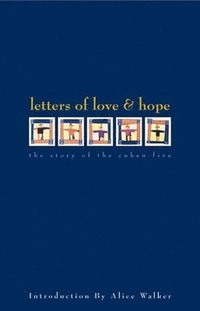 Letters Of Love And Hope

The Story of the Cuban Five

av Et Al, Alice Walker
Häftad Engelska, 2006-02-01
147
Köp
Spara som favorit
With a preface by Cuban poet Nancy Morejon this book includes excerpts from diaries, letters from and to children, wives and parents, providing a glimpse of how ordinary families strive to maintain connections in extraordinary circumstances. It also includes a succinct legal analysis of the case by attorney Leonard Weinglass, outlining how it has significantly violated both international law and the US Constitution. It's a book about human dignity and hope, with echoes of the Elian GonzC!lez controversy and the Rosenberg case, blurbed by Angela Davis, Nadine Gordimer and Mumia Abu-Jamal.
Visa hela texten

'To fight for the freedom of these noble Cubans is to struggle for the cause of so many other prisoners who, like them, are condemned to unjust sentences in U.S. prisons, and who we cannot forget.' - Angela Davis; 'For well over four decades, the U.S. empire has been waging a secret and deadly war against Cuba. The Cuban Five, young men who tried to protect their people from these instances of U.S. state terrorism... who merely reported the plotting of crimes against their people, faced the full, foul fury of the empire's judiciary - for trying to stop the crimes!' - Mumia Abu-Jamal; 'The story of the Cuban Five is one of courage, great sacrifice and love. It is a story for the ages; especially for those of our people who have suffered under the implacable oppression of white American supremacy, a rule of color and power the rest of the world appears destined to experience.' - Alice Walker