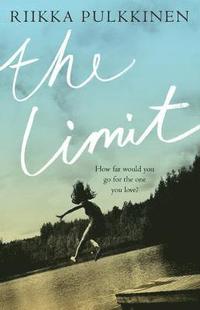 It's a sweltering summer's day, and Anja Aropalo is on her way home with two errands in mind- first, to water the roses, and then to commit suicide. She is slowly losing her husband to Alzheimer's disease, and she has made him a terrible promise - one she's not sure she can keep. For Anja's niece, Mari, death is a teenage fantasy of grieving family and eternal beauty, an escape from the dullness of her life. But the adventure she longs for seems to come within reach when she begins a relationship with her charismatic teacher, Julian. His six-year-old daughter, Anni, is a witness to their blossoming affair, observing the lies and truths of those around her as she tries to discover what it is to be an adult. The Limit draws together these four people, all struggling to work out where their boundaries lie. In vivid, incandescent prose, Riikka Pulkkinen reveals how our limits can show us who we really are. Praise for True- 'Beautifully written.' Jennifer Byrne, Australian Women's Weekly 'An engrossing, memorable read.' The Big Issue 'At its best this is a wise and poetic novel, steeped in romance and regret, tracing the profound ways in which we can be haunted by the past.' The Age
Visa hela texten

Simultaneously entertains, inspires, and challenges us to think. Aamulehti One of the most intelligent philosophical novels in recent years. De Morgen An impressive novel. De Volkskrant An extraordinarily distinguished debut. Helsingin Sanomat 'A quiet. mature novel ... Pulkkinen explores the limits of people's control over their own actions and circumstances' -- Kerryn Goldsworthy Sydney Morning Herald

Riikka Pulkkinen was born in 1980 and studied literature and philosophy at the University of Helsinki. She is the author of True, which was published in seventeen countries and shortlisted for the 2010 Finlandia Prize for Fiction. The Limit, her debut novel, was a bestseller in Finland and the Netherlands, and won the Kaarle and Laila Hirvisaari prizes. Lola Rogers is a freelance translator living in Seattle. Her published translations include Purge, a novel by Sofi Oksanen; Antti Tuomainen's thriller The Healer; and numerous works of poetry and fiction for Female Voices of the North, Words without Borders, World Literature Today, and other publications.