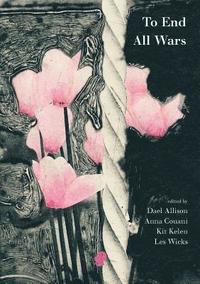 To End All Wars

av Dael Allison, Anna Couani, Kit Kelen, Les Wicks
Paperback / Softback Engelska, 2018-10-02
229
Köp
Spara som favorit
'To End All Wars' was a phrase applied hopefully during 'The Great War'. Its various permutations were meant to suggest that this one might be the last war of all. How quickly the phrase became ironic. How many wars have followed! The words 'to end all wars' must remind us today that all armed conflict is a vast social catastrophe. The centenary of the World War I Armistice comes with a barely veiled triumphalism in the countries that were victorious one hundred years ago. It was that triumphalism, and the failed peace that followed it, which led onto new catastrophes in World War II and then the Cold War. Now, well into the twenty first century, with ever uglier nationalisms raising their heads everywhere, it is time to critically examine the Armistice of one hundred years ago, and its meaning for Australia and for the world, then and now.

In this collection, the reader will find work from some of Australasia's leading poets alongside perspectives from new voices. This is a diverse and unsettling read.
Visa hela texten