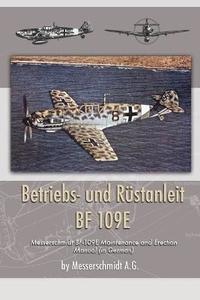 av Messerschmidt A G
Häftad Tyska, 2016-01-26
119
Köp
Spara som favorit
Skickas inom 10-15 vardagar.
Fri frakt inom Sverige över 159 kr för privatpersoner.
Designed by famed engineer Willy Messerschmitt, the Bf 109 scored more kills than any other aircraft in WWII. One of the first truly modern fighter planes - the Bf 109 featured retractable landing gear and all-metal monocoque fuselage - it flew as a fighter, bomber escort, interceptor, ground attack platform, and recon aircraft. fighter, bomber escort, interceptor, ground attack platform, and recon aircraft. An astonishing 31,000 Bf-109s were built during the war and after, when Spain and Czechoslovakia built variants. This Messerschmidt maintenance and erection manual dates from the pre-war period, 1939. Intended as an aide to ground crews, it presents a rare glimpse into the construction of one of history's great aircraft. This affordable reproduction was made from an original German manual seized by the U.S. Army Air Force after WWII. It has been slightly reformatted, but care has been taken however to preserve the integrity of the text. Please note: all of the text in this book is in German.
Visa hela texten