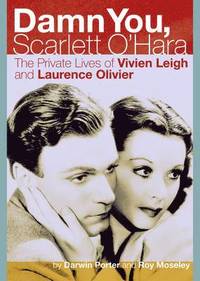 The Private Lives of Vivien Leigh and Laurence Olivier

av Darwin Porter, Roy Moseley
(2 röster)
Inbunden Engelska, 2011-01-27
229
Köp
Spara som favorit
Finns även som
Visa alla 1 format & utgåvor
Based on exclusive and never-before-seen letters, unpublished memoirs and personal interviews whose compilation progressed over a timeline spanning more than half a century, Damn You Scarlett O'Hara reveals for the first time details about the carefully suppressed sexual and emotional entanglements of the 'Royal Family of the British stage'. Damn You, Scarlett O'Hara is the definitive and most revelatory portrait ever published of the most talented and tormented actor and actress of the 20th century.
Visa hela texten

"The biography, Damn You, Scarlett O'Hara, is the first to identify Leigh's lesbian lovers...One of her first bisexual lovers to be named in the book is Isabel Jeans, an actress who...had appeared in early films by Alfred Hitchcock.There are at least two other lesbian relationships outlined in the book, as well as affairs with a host of dashing leading men, including Marlon Brando and Rex Harrison." The Sunday Times