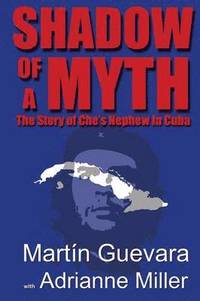 Shadow of a Myth

The Story of Che's Nephew in Cuba

av Martin Guevara, Martain Guevara
Häftad Engelska, 2014-05-20
309
Köp
Spara som favorit
Skickas inom 5-8 vardagar.
Fri frakt inom Sverige för privatpersoner.
Shadow of a Myth is the story of Martín Guevara, the nephew of Ernesto "Che" Guevara. On Martín's tenth birthday, he and his family took a trip that in reality was an emigration from their native Argentina to Cuba. His father, Juan Martín Guevara, was Ernesto's youngest brother and aspired to emulate his older brother ("el Che"). Che in the years since his death in Bolivia had become a bigger-than-life character, with a reputation of myth-like proportions on the island and in the world. On arrival in Cuba, it became Martín's mandate to become like his uncle Che. This is the story of Martín and of the family into which he was born and lived, and of his years of struggle coming of age in Fidel's Cuba.
Visa hela texten

Bloggat om Shadow of a Myth