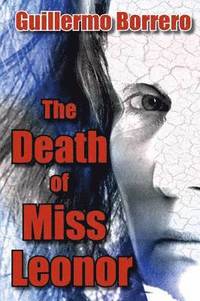 The Death of Miss Leonor

A Play in Two Acts

av Guillermo Borrero
Häftad Engelska, 2015-04-02
289
Köp
Spara som favorit
Skickas inom 5-8 vardagar.
Fri frakt inom Sverige för privatpersoner.
The Death of Leonor: A Play in Two Acts. After years of emotional and physical abuse, Helena takes her young daughter and leaves her husband. She seeks refuge under the protection of her mother. Enraged by the abandonment, her husband follows her and breaks into the house. After an altercation, he murders Helena in front of her mother and Leonor, their five-year-old daughter. Leonor grows up under the care of her grandmother until the latter's death. Leo Pardo, the family's butler, continues to look after her. As a child, Leonor creates an alternative world by developing imaginary friends: Iris and Luna, who become her universe. Years later, upon the threat of losing her home, Leo tries to help her regain independence and autonomy and to achieve freedom from the controlling influence of her friends, resulting in an unexpected end.
Visa hela texten