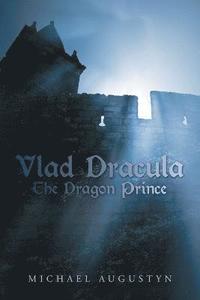 av Michael Augustyn
Häftad Engelska, 2014-04-10
139
Köp
Spara som favorit
Skickas inom 10-15 vardagar.
Fri frakt inom Sverige över 159 kr för privatpersoner.
Most of the vast audience attracted to the subject of Dracula know him only in his fictional, one-dimensional form: vampire! Yet the truth behind the historical character--voevode, warlord--of 15th C. Romania is at least as equally fascinating as any contrived account of his supernatural persona.

Vlad Dracula faithfully follows his life story as hostage, fugitive, prince, and prisoner, as well as his legend. His principality of Wallachia was caught between two voracious predators: the kingdom of Hungary and the Ottoman empire. They tried to break Dracula with overwhelming force and terror. But Dracula turned their own tactics against them, and against criminals and factions in his own land, earning the name Tepes--The Impaler--in the process.

He was a strange mix of husband, father, soldier, statesman, and berserker. He annihilated 50,000 people--one-tenth of his own population. Cursed by his native Orthodox Christian Church, he indeed evolved into a legend. But even today he is Romania's Robin Hood.
Visa hela texten