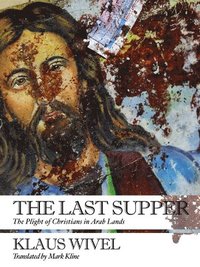 The Plight of Christians in Arab Lands

av Klaus Wivel
Häftad Engelska, 2016-05-01
199
Köp
Spara som favorit
Skickas inom 7-10 vardagar.
Fri frakt inom Sverige för privatpersoner.
Finns även som
Visa alla 1 format & utgåvor
"More than any other recent book, this work sets out with absolute clarity and sometimes uncomfortable honesty the intolerable reality of life for Christians in the Middle East today ...a deeply intelligent picture of the situation, without cheap polemic or axe-grinding, this is a very important survey indeed."--Former Archbishop of Canterbury Rowan Williams, Master of Magdalene College, Cambridge University In 2013, alarmed by scant attention paid to the hardships endured by the 7.5 million Christians in the Middle East, journalist Klaus Wivel traveled to Iraq, Lebanon, Egypt, and the Palestinian territories on a quest to learn more about their fate. He found an oppressed minority, constantly under threat of death and humiliation, increasingly desperate in the face of rising Islamic extremism and without hope that their situation will improve, or anyone will come to their aid. Wivel spoke with priests whose churches have been burned, citizens who feel like strangers in their own countries, and entire communities whose only hope for survival may be fleeing into exile. With the increase of religious violence in the past few years, this book is a prescient and unsettling account of a severely beleaguered religious group living, so it seems, on borrowed time. Wivel asks, why have we not done more to protect these people? Klaus Wivel is a Danish journalist who has been the New York correspondent for Weekendavisen, one of Denmark's most prestigious newspapers. He has written on a wide range of topics, with a focus on the Middle East.
Visa hela texten

"More than any other recent book, this work sets out with absolute clarity and sometimes uncomfortable honesty the intolerable reality of life for Christians in the Middle East today ... a deeply intelligent picture of the situation, without cheap polemic or axe-grinding, this is a very important survey indeed." --Former Archbishop of Canterbury Rowan Williams, Master of Magdalene College, Cambridge University "Deeply reported, nuanced and compelling ... One of the best recent books on the Middle East ... More than just great journalism, at its heart, The Last Supper is ... a powerful argument for liberalism." --Haaretz "Klaus Wivel's report on the persecuted Christians of the Arab world is vivid, precise, morally astute, heartbreaking, and infuriating." --Paul Berman, author of Terror and Liberalism and The Flight of the Intellectuals "A compelling story of the ethnic cleansing of Christian communities caught in the crossfire of the Middle East at war. A[n] ... urgent and passionate epistle to the West to see an ongoing disaster." --Kirkus Reviews "With a reporter's fair and dispassionate eye, Klaus Wivel has taken a necessary journey through Christianity's ancient and vanishing homeland. He has returned with a clear-headed assessment of the threats facing not only Christians, but other embattled minorities in the larger Middle East, where the plural fabric is unraveling." --Eliza Griswold, author of The Tenth Parallel: Dispatches from the Fault Line Between Christianity and Islam "In The Last Supper Wivel is not an anthropologist dryly observing the final days of some tiny lost tribe. He's witnessing the collective amnesia of the Christian West as the faith which has sustained our civilization, our democracy, our shared values is cut off at the roots."--The Catholic Register "An important contribution to our understanding of the political and religious turmoil impacting the lives of Christians in the Middle East. The Last Supper provides an important background for understanding the unfolding current tragic events in the area." --Yvonne Haddad, Professor of the History of Islam, Georgetown University "A convincing and upsetting account of the systematic discrimination and persecution faced by Christians in the Middle East. We Jews have a special obligation to speak out and The Last Supper provides us with the information we need to take this challenge seriously." -- Rabbi Michael Lerner, editor of Tikkun Magazine "A sobering account with real life stories that detail the systemic targeting of ancient communities in the Middle East. By exposing such atrocities the hope is that people of all faiths can awaken and cleanse their societies of hate and intolerance." -- Professor Alexander Dawoody, Marywood University, and president of the Association for Middle Eastern Public Policy and Administration "This timely, unflinching and necessary book about the plight of Christians in the lands where Christianity first arose reminds us that we are all complicit, whether through indifference or ignorance. Klaus Wivel deprives us of any alibi for our silence." -- Professor Valentina Izmirlieva, Columbia University, author of All the Names of the Lord: Lists, Mysticism, and Magic "A central question that animates Wivel is why those in the West, who profess a belief in such universal values as freedom and equality, have not done more to defend the human rights of this severely beleaguered minority." --University Bookman "Revealing, shocking, and well-researched reading." --Jyllands-Posten "Wivel journeys to the West Bank, Gaza, Egypt, Lebanon and Iraq to investigate for himself the conditions of the Christian minority in this part of the Islamic world. The reality Wivel confronts ... illustrates one of our time's greatest human rights violations." --Berlingske Tidende "Klaus Wivel has written an essential bo

Klaus Wivel: Klaus Wivel is a Danish journalist who has been the New York correspondent for Weekendavisen, one of Denmark's most prestigious newspapers. He has written on a wide range of topics, with a focus on Israel-Palestine and the Middle East.