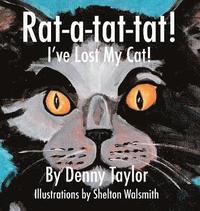 Denny Taylor believes learning to read can be joyful and fun, even for children who are struggling readers. In five decades of teaching she has never administered a test. She began teaching 5, 6, and 7 year olds in the East End of London in 1968. She has taught many children to read, and many beginning teachers how to teach reading. Taylor's books about children and reading include: Family Literacy (1983), Family Storybook Reading (1986), Growing Up Literate (1988); From the Child's Point of View (1993), Toxic Literacies (1996), Beginning to Read and the Spin Doctors of Science (1998), and Save Our Children, Save Our School, Pearson Broke the Golden Rule (2014), and the YA novel Rosie's Umbrella (2015). She is the recipient of the MLA Mina P. Shaughnessy Award and has been nominated for both the Pulitzer Prize and the National Book Award. She was inducted into the IRA's Reading Hall of Fame in 2004. Shelton Walsmith is a painter and photographer working in Brooklyn, New York. His work has been published by Harcourt Brace, including covers for 13 books by Italo Calvino, and jackets and covers for Knopf, Harper Collins, The Paris Review, Vintage, Paris Vogue, The New York Times and others. He has exhibited in San Francisco, Santa Fe, New York, Austin, Prague, and currently New Zealand.