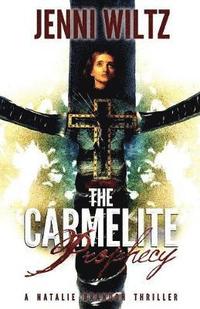 av Jenni Wiltz
Häftad Engelska, 2016-10-17
119
Köp
Spara som favorit
A priceless relic. A daring theft. A bloodline revealed. When Natalie Brandon joins her sister Beth in Paris, the past comes alive...and no one escapes unscathed. Diagnosed with schizophrenia, Natalie hears a recurring hallucination, the voice of an angel named Belial. When he guides her to the church of Saint-Joseph-des-Carmes, Natalie stumbles on two deadly secrets...a family connection to the massacre that took place there during the French Revolution, and a long-lost relic buried deep within its walls. But Natalie isn't the only one who knows about the relic. An ultra-nationalist French professor steeped in medieval warfare and a former Legionnaire have joined forces to claim the relic and launch an uprising that will end in blood and fire on France's streets. Can Natalie and Beth stay alive long enough to save the relic and stop the next French revolution? Blending suspense, romance, and history, The Carmelite Prophecy is an action-packed thriller that takes Natalie on a journey into the past that could change a country's future. The Carmelite Prophecy is Book 3 in the Natalie Brandon thriller series, but can be read as a stand-alone story.
Visa hela texten

In 2011, her novel The Cherbourg Jewels won the Romance Writers of America Kiss of Death Chapter's Daphne du Maurier Award for Excellence in Category Romantic Suspense. In 2016, she placed as a runner-up in the Chicago Tribune's Nelson Algren awards for short fiction. Her work has also appeared in the Portland Review, Gargoyle, and the Sacramento News & Review.

She's worked as a web editor, a copywriter, and a USAID grant program coordinator, which gave her the opportunity to travel to Kenya. When she's not writing, she enjoys running and genealogy. She lives in Pilot Hill, California and has not yet struck gold in her backyard.