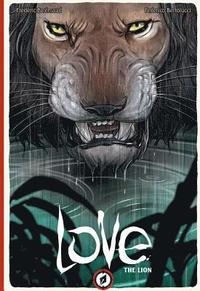 av Frederic Brremaud, Federico Bertolucci
Inbunden Engelska, 2016-06-21
209
Köp
Spara som favorit
The third volume in the lavishly illustrated series of wildlife graphic novels, each following a single central animal through an adventurous day in their natural environment. Each tale depicts genuine natural behavior through the dramatic lens of Disney-esque storytelling, like a nature documentary in illustration. Both heartwarming and heartbreaking, this volume focuses on a solitary Lion as it wanders the plains of Africa, handling the daily hunt, and vicious rivalry, without a Pride of its own. The circle of Life takes center stage in a world where predator and prey trade places on a regular basis, and Family is something worth fighting -- and dying -- for. This exciting tale, written by Frederic Brremaud, is told without narration or dialogue, conveyed entirely through the beautiful illustrations of Federico Bertolucci.A beautiful, powerful tale of survival in the animal kingdom that explores the all-too-identifiable, universal concepts of Life, Courage, Aging, and ultimately Love.
Visa hela texten

KIRKUS -- The companion to Love: The Fox and Love: The Tiger (both 2015) takes its setting on the African savanna, where a male lion travels on the fringes of a pride. Sepia-toned panels establish back story: a lioness downs a Thomson's gazelle and is chased away from her prey by a big male, who snarls to drive away a young cub. The story proper opens as that cub, now grown, slinks alone in the rain to come across a pride, spars with one of its males and appears to best it, but then leaves, revolving around but never part of the pride for the rest of the book. Bertolucci's trademark lush paintings arranged in wordless, cinematic panels depict the lion's travels across spectacular savanna scenery populated by zebras, wildebeests, giraffes, and other fauna. Violence is depicted unflinchingly but without sensationalism. A moment of humor occurs when some cubs play a game of "ball" with a rolled-up pangolin. In one striking sequence, an airplane crashes in a fiery wreck; the lions observe but move on. In contrast to its predecessors, this tale, though accurately reflecting lion society, is visually hard to parse. The protagonist lion is distinguishable from the others only by his darker mane, and it may take readers two or three trips through to understand his relationship to the pride. The story's interpretation of the concept of "love" is murkier still. Astonishingly beautiful but narratively obscure. (Graphic adventure. 10 & up) BOOKLIST (STARRED) -- A lion's life is not an easy one, and the third volume of the nature-focused Love series follows a solitary young male as he tries to fend for himself in the forests and plains of the Serengeti. Driven by hunger and loneliness, the lion wanders the changing landscape, finding food where he can and defending himself against attackers as he searches for the safety and stability that comes with a pride's large numbers. Framed by memories from his youth, this lion's story follows just one day, yet contains a lifetime of experience. While the wordless narrative is impressive in its emotional range and depth of character, Bertolucci's illustrations are an absolute marvel. Exquisitely rendered in lushly colored panels, they capture an entire ecosystem from the smallest of creatures to the largest link in a complex food chain. The deaths of creatures in the wild can be violent and intense, but they are realistically rendered and so firmly set within the larger framework of natural order one can almost hear David Attenborough narrating the panels for the reader. Beautifully produced in both concept and execution, this brief window into the world of nature is highly recommended for all graphic novel collections.